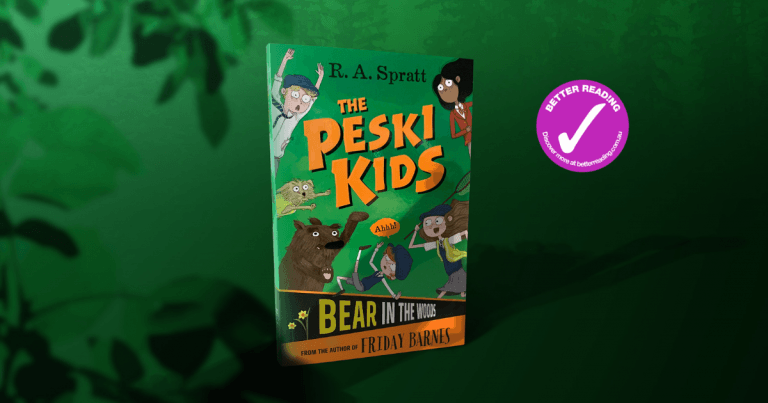 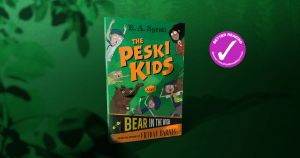 The Peski kids are back and despite trying to embrace life in Currawong, they have a long way to go before the locals will give them a break.

Last time we heard from April, Joe and Fin in The Peski Kids #1: The Mystery of the Squashed Cockroach, their world had been turned upside down after they discovered a few alarming things about their mother who now resides in an Eastern European prison. A somewhat unusual turn of events for a middle-aged mother of three who they thought was a palaeontologist.

Once it is revealed that she is none other than an international super spy it is unsurprising that the Peski kids are sent to live with their highly anxious father in the small yet eventful town of Currawong.

With the cockroach craziness of the first book over, everyone is hoping that things can go back to normal but unfortunately nothing is ever normal in Currawong and come to think of it, the Peski kids are far from normal, too.

The drama starts when April’s dog Pumpkin (who has a serious attitude problem) gets out of hand once again and Constable Pike decides to lay down the law. Soon after April’s brush with the law, Joe and Fin find themselves joining a bush regeneration program in order to work off their 50 hours of community service.

It isn’t long before trouble finds them once again, and April spots a wild bear in the Australian bush – and it’s not a koala, she claims. Everyone thinks that April hit her head a bit harder than they first thought, but are there other forces at work? Not only did their house catch fire, Fin is accused of breaking the Cat Lady’s foot and if there really is a bear on the loose, is the Daffodil Festival at risk?

On top of all of this, the Peski kids are supposed to be blending in and not drawing attention to themselves as Kolectiv, the rival spy agency who imprisoned their mother, could come after them at any moment…

Readers 8+ will find this easy to read, fast paced mystery equally hilarious and intriguing. We guarantee they will be coming back for more and The Peski Kids #3: Stuck in the Mud is already in the works. It’s most definitely a lot of fun to read and they’ll love telling you about all the colourful characters and animals with attitude!

Purchase a copy of The Peski Kids #2: A Bear in the Woods by R. A. Spratt | Read our review for Peski Kids #1: The Mystery of the Squashed Cockroach