A Powerful Q&A with Rachael Treasure, Author of White Horses Rachael Treasure lives in Southern Tasmania with her two teenage children and partner, Daniel. Together they are restoring farming landscapes using regenerative agricultural 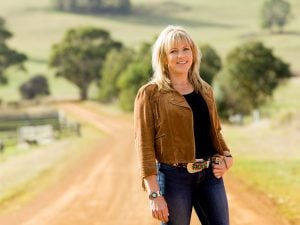 methods. Her first novel, Jillaroo, blazed a trail in the Australian publishing industry for other rural women writers and is now considered an iconic work of contemporary Australian fiction.
Rachael is a rural business graduate of Sydney University’s Orange Agricultural College and has a Bachelor of Arts in creative writing and journalism from Charles Sturt University in Bathurst. She has worked as a journalist for Rural Press and ABC Rural Radio. Her dream is to never grow up and to one day live in a shearing shed. White Horses is her seventh novel.

Your latest book, White Horses is a a sweeping, powerful story of a young woman who has to overcome terrible loss and trauma to find the courage to live life on her terms. Can you tell us a bit more about the book?

It’s an entertaining getting of wisdom, coming of age story about ‘Drift’ Wood and her stockman father, ‘Split’. Both are still struggling with the disappearance of Drift’s mother at sea ten years earlier and Split is self-medicating with alcohol. Their itinerant work in the isolated coastal areas of WA means Drift’s education comes from the land and animals around her, and two women who blow in and out of her life on the road; Wilma, a mobile librarian and Charlie Weatherbourne, a mobile saddler. Drift also meets another mentor: property owner Sophia Gaier who opens up Drift’s world to the possibilities of restoring farming landscape.

I had scrawled the title White Horses on my original hand written notes and dated it July 2014 at 3.15 am! It was initially inspired by several books; Women Who Run with the Wolves by fairy tale myth buster Clarissa Pinkola Estes. In White Horses I wanted older women… the witch or the crone in traditional fables… to be represented as wise, strong independent women. Another book was Partners in Pleasure, by Hawaiian native and heart surgeon, Paul Pearsall who describes the selfless, long term approach native Hawaiians traditionally have to relationship. In White Horses I wanted Drift to discover self-mastery before embarking on long-term relationship. Pearsall also describes a lovely fable about a flower that inspired my character of Eli. The third book was, The 13 Original Clan Mothers, by Native American Indian Jamie Sams. Drift’s journey is hung upon those lessons based on each moon. The other inspiration came from my direct work in regenerative farming and seeing land and soil come alive under our care . I wanted people to see via story, that regenerative agriculture is a major solution to our climate change crisis.

This is very sensitive and timely subject matter. Do you feel the #metoo movement influenced this book?

The #metoo movement woke me up to just how damaged and abused I had been as a female. I had not only accepted the actions of the men who had violated me, but I had blamed myself. Whilst writing White Horses  I began working on changing the subconscious beliefs I had been programmed with during my upbringing in a very sexist and male dominated Tasmania in the 70’s. I saw how the treatment of women and their diminishment so closely parallels  the treatment of Mother Earth – who is equally dismissed and violated. I wanted to weave that notion into White Horses and help heal myself and other women who have been raised to feel ‘less’ because of their gender. I did not want to repeat the same conditioning in both my son and daughter either, so I knew I needed to change. I studied everything from neuroscience and spirituality, to soil and gut biology, and practicing at home meditation and Yoga to break the negative patterns around men. Through the process I came to see how gentle men are suffering just as much as women under this patriarchal culture that we live in that puts economics ahead of ecology. The character of Eli and his fall from grace is a representation on how sensitive men are negatively impacted by our world too. I also studied ancient traditions – who saw women, seed and soil intricately connected with the Earth and Her cycles and seasons. Modern, corporatised industrial agriculture and our banking, legal and political systems disregard feminine energies and input. Sophia’s character represents another way forward with a collaborative business model that is ethical and inclusive of people and the environment.  The relationship between Drift and her friend Shaynene shows that if women lift each other up we can shift society to a matriarchal culture – which, if you look at other animal species – are the most successful and harmonious cultures to live in.

What do you hope the reader will take away from reading White Horses?

I hope they get swept up in the story. For readers with land – from a backyard to a big station, I hope the property The Planet inspires people to research Natural Sequence Farming and Regenerative Agriculture so they change their land management. For the young people who are faced with forming relationships in the technological age of on-line dating and on-call porn and violent gaming, I hope they read the wisdom of the older women within the pages of White Horses and see the deep spiritual side of sexual connection and how we can heal and forgive. I hope Drift shows young readers that ‘life gets good’ when she finds mental stillness on the inside and that she gets a blissful ‘high’ from Nature ahead of drugs. I also hope people get a laugh from the book. My humour seems to permeate everything!

Landscape and rural life play such an important role in your work. Tell us about your shift to regenerative agricultural methods.

My enquiry was sparked by seeing the land of my childhood dying all around me due to modern farming practice over a period of 30 years. Also, my daughter was born with a disability –  I can’t prove it – but I know it was somehow linked to the ag chemicals that were all around us in the farming system. Despite the challenge of losing access to my family farm – (my father still farms alongside my ex-husband) my journey as a single mother, alone, has been the best lesson. Regenerative farming gives me such hope that we can survive as a species – because at the rate we are going if we don’t change our wasteful, consumer driven ways, we will cause the 6th major extinction on Planet Earth! My husband, Daniel and I are obsessive about regenerative practices. Three years ago, Daniel’s parents gifted us with 100 acres and together with the kids we’re helping it come alive… just like The Planet. 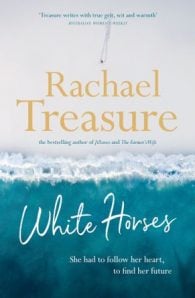 From one of Australia's bestselling and much-loved authors comes a sweeping, powerful story of a young woman who has to overcome terrible loss and trauma to find the courage to live life on her terms.Following the disappearance of her mother when she was just a young child, Drift has been raised by her father, growing up to work alongside him as an itinerant cattle drover along the beautiful coastline of remote Western Australia. It's a tough life, but nurtured and taught by two wise women - Wilma, a gentle travelling librarian and straight-talking Charlie, the legendary mobile saddler - Drift grows up to become a confident, idealistic young woman.But the world Drift lives in can be ugly and brutal. After a horrific sexual assault, Drift meets a handsome young stockman, but he is not all that he seems and she is drawn into a baffling world of lies and mysteries, centring on a lushly beautiful property called The Planet, run by a wealthy American woman. When Drift's father is hospitalised following a tragic accident and the young man she loves disappears, Drift has to find the courage to make her own way in the world. Drawing upon the deep well of women's wisdom taught her by Charlie and Wilma, Drift has to overcome heartbreak, betrayal, loneliness and pain in order to forge her path, own her truth, and create the kind of world that she wants to live in.Drift is a heroine to cheer for, and White Horses is a novel full of authentic Australian heart and soul, warmth and humour, as big and as generous as those wide-open skies in Western Australia. Offering a vision of a vibrant and thriving rural Australia based on Treasure's own experience and knowledge of regenerative agriculture, White Horses is both inspiring and captivating; another classic from the much-loved author of the iconic and bestselling novels Jillaroo and The Farmer's Wife.'Treasure writes with true grit, wit and warmth' Australian Women's Weekly

Rachael Treasure lives in southern rural Tasmania with her two young children and an extended family of Kelpies, chooks, horses, sheep and a time-share Jack Russell. She is passionate about encouraging non-readers to read, as well as inspiring farmers to consider regenerative agricultural practices.Rachael's first novel, Jillaroo, was a bestseller and has become one of Australia's iconic works of fiction, inspiring other country women to contribute to the genre of contemporary rural literature. She has written four other bestselling novels and two collections of short stories. 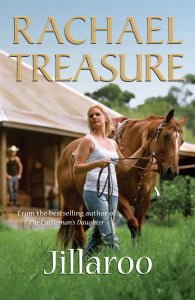 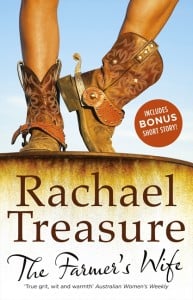 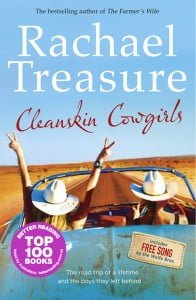 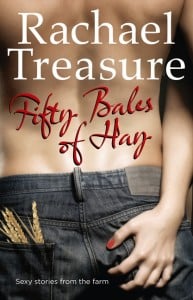 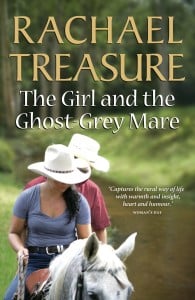 The Girl and the Ghost-Grey Mare 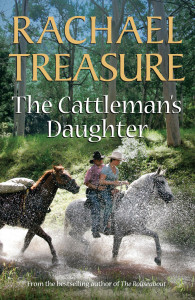 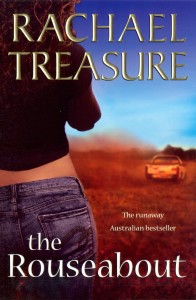 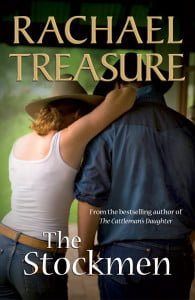 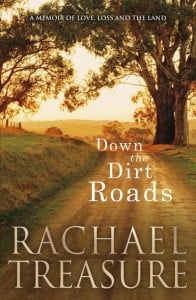 Down the Dirt Roads 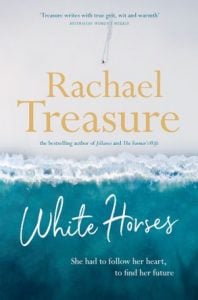