Caroline Scott completed a PhD in History at the University of Durham. She has a particular interest in the experience of 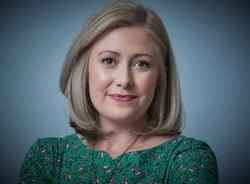 women during the First World War, in the challenges faced by the returning soldier, and in the development of tourism and pilgrimage in the former conflict zones. Caroline is originally from Lancashire, but now lives in south-west France.

The Poppy Wife is a love story about a woman trying to find her long lost husband in the wake of World War 1. Can you tell us a bit more about the book?

Gladly. The story is set in 1921 and is told by two narrators, both of whom are making journeys through France and Belgium. As you say, my female character, Edie, is following the trail of her husband, Francis. He was reported ‘missing, believed killed’ in 1917 – only, a photograph of him has now surfaced, and it looks as though it might have been taken after the war. We’re also travelling with Harry, Francis’ brother, who has returned to the former Western Front to photograph graves on behalf of bereaved families. He’s thinking about Francis as he revisits locations that the two of them passed through during the war – and about Edie’s new suspicion that Francis could be alive. Might it be true? And, if so, what does that mean? We follow Edie and Harry’s parallel journeys, as they piece together memories and information about Francis – until the two of them meet in Ypres and must both finally face up to the truth.

You have a PhD in history; did your passion for untold stories from World War 1 stem from that work?

My PhD left me with a love of history and also the process of doing research. It always seemed such a privilege to be allowed into archives, and behind the scenes in museums, and to have that sense of direct contact with the past. Centuries collapse when you unroll a scroll that no-one else has handled for decades, when you breathe it in, and focus in on the character expressed in the handwriting, and there’s a real immediate sense of communing with an individual from another time. I became a commercial researcher after university, but history remained my out-of-hours passion through those years—and, while I worked in Belgium and France, I had the chance to pursue my particular interest in the First World War. In 2014, with the centenary of the start of the war in my mind, I began to look into my family’s own experience of the conflict. I could only get so far, though; the historical record was full of gaps and silences, and I was left with questions. I’d been writing for a history publisher for a while, but I’d always dabbled in fiction too, and now I found my imagination being drawn into those spaces.

You also have a personal family experience with World War 1; do you find writing a form of therapy to unravel your own family’s past?

I love all those genealogy programmes on television, and it’s always so interesting to see how stories, and characteristics – and misinformation – get passed down the generations. I grew up in a household where the First World War regularly cropped up in conversations, where we had my great-grandad’s polished shell cases on the fireplace, and albums full of postcards sent back from the war. All four of my great-grandfathers served, and all four came home again, but the experience left its mark on each of them, either physically or psychologically, and so it also impacted their wives and children. As in many families, it cast shadows down the generations. Researching my great-grandfathers’ experience of the war helped me to understand them better. I found a lot of sadness in their stories, but also inspiring resilience. More than anything, though, it left me with a great respect for that generation of men and women. I’d urge anyone with an ancestor who served in the First World War to go on the same journey.

The Poppy Wife is partially set in France, where you now live. Was it enjoyable to write a novel based on your current front doorstep?

Yes, the second part of the novel is based in southwest France, where I’ve lived for the past fourteen years. My home is an old farmhouse, and I often wonder about the people who lived here before me. There are clues about their lives all over the fabric of this building, but I really know so little about them. With my interest in the First World War, I often consider if the men who lived here went off to fight in the north, and if they came back again. France lost over a million men to the war, and every tiny village here has its own memorial, often with a strikingly long list of names carved upon it. In that sense, the shockwaves of the war reverberated all the way down the length of France – and over the oceans to Australia too.

What are some of your own personal favourite historical novels?

There are some great historical fiction writers around at the moment. It’s a good time to be a fan of this genre. In terms of novels set during the same period as mine, I’d still recommend Pat Barker’s Regeneration series and the trilogy that begins with Life Class (Noonday, the last in that sequence, is particularly brilliant). The First World War has inspired some fantastic French novels too, which readers might be less familiar with. I love Sébastien Japrisot’s A Very Long Engagement and I recently thoroughly enjoyed Pierre Lemaitre’s The Great Swindle – it’s charmingly spiky! I’ve just finished Daniel Mason’s The Winter Soldier. The writing is beautiful, he makes it all so immediate, and it gives a fresh perspective on the war.

Do you ever experience writers block and if so, what do you do to combat it?

I’ve never got stuck in the middle of a book yet, but I have started several novels and then abandoned them after a few chapters. Writing a novel requires a big commitment of time and hard graft, so you’ve got to be motivated to want to tell that particular story. I got completely involved with the characters in my past two projects, and felt a real compulsion to get their stories down on paper. You’ve got to click with your characters, I guess, to like their company, and their voices, and to invest in their fate. If I ever do get a bit stuck, I tend to reach for the dog lead and head off on a long walk. It’s good to take a break from the screen sometimes, to change your focus and get a bit of oxygen to the brain. My poor old dog has to listen to a lot of plotting and dialogue! Keep the Tissues Handy: Read an Extract From The Poppy Wife by Caroline Scott A Stunning, Stand-out Debut: Read a Review of The Poppy Wife by Caroline Scott 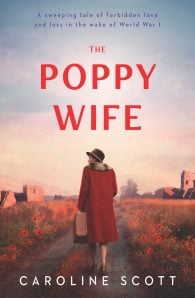 Until she knows her husband’s fate, she cannot decide her own... An epic debut novel of forbidden love, loss, and the shattered hearts left behind in the wake of World War I1921. Families are desperately trying to piece together the fragments of their broken lives. While many survivors of the Great War have been reunited with their loved ones, Edie’s husband Francis has not come home. He is considered ‘missing in action’, but when Edie receives a mysterious photograph taken by Francis in the post, hope flares. And so she begins to search.Harry, Francis’s brother, fought alongside him. He too longs for Francis to be alive, so they can forgive each other for the last things they ever said. Both brothers shared a love of photography and it is that which brings Harry back to the Western Front. Hired by grieving families to photograph gravesites, as he travels through battle-scarred France gathering news for British wives and mothers, Harry also searches for evidence of his brother.And as Harry and Edie’s paths converge, they get closer to a startling truth.An incredibly moving account of an often-forgotten moment in history, The Poppy Wife tells the story of the thousands of soldiers who were lost amid the chaos and ruins, and the even greater number of men and women desperate to find them again. 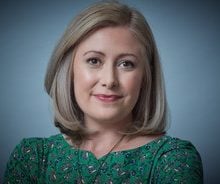 Caroline completed a PhD in History at the University of Durham. She has a particular interest in the experience of women during the First World War, in the challenges faced by the returning soldier, and in the development of tourism and pilgrimage in the former conflict zones. Caroline is originally from Lancashire, but now lives in south-west France. 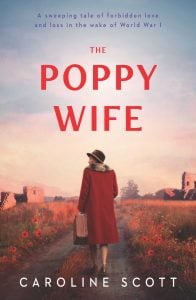