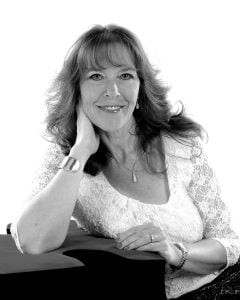 Dani Atkins was born in London in 1958, and grew up in North London. She moved to rural Hertfordshire in 1985, where she has lived in a small village ever since with her family. Although Dani has been writing for fun all her life, Fractured was her first novel. She has since written The Story of Us.

Your latest book, A Million Dreams is described as thought-provoking, emotional and uplifting. Can you tell us a bit more about the book?

A Million Dreams is the story of two women, Beth and Izzy. They are strangers whose lives are brought together through an event in their past. Once this comes to light the book follows the journey of both woman and how they deal with this devastating situation and the way it will re-shape their future.

At its heart A Million Dreams is a story about losing and finding love: romantic love; family love; and arguably the most powerful love all…a mother’s love.

The inspiration for A Million Dreams first came to me after I heard about a couple in America and the incredible series of events that thrust them into the limelight ten years ago. To identify them would give away too much of the plot, so all I’ll say is that their story fascinated me and acted like a starting pistol in my head, firing off a question that I simply couldn’t ignore…‘I wonder what would happen if…?’

What was the research process like for A Million Dreams?

I rely quite heavily on internet based research for my books, but sometimes that doesn’t take you quite far enough. For A Million Dreams I sought advice from a fellow author who also happens to be a lawyer, regarding certain legal issues related to the story. On a lighter note, I spent an afternoon at my local florist shop, learning a little about how such a business is run. I have a friend who is a paediatrician, and I consulted with her regarding information on a particular medical condition featured in the book. And finally I spoke at length to an embryologist, who I must admit sounded horrified when I outlined the plot of my book. ‘That situation would be my worst nightmare,’ I remember her saying. It turned out that the characters in my book felt exactly the same way.

Without a doubt one of the biggest influences on me as a writer are other writers. To begin with, when the idea of writing a novel seemed nothing more than a fantasy, I would stand in my local library and look at the stacks as though trying to work out what it was that all these other authors knew that I did not. The realisation came slowly that there was no secret formula, no magic wand that can make you succeed. Knowing that, and realising that practically ever writer ever published has known rejection before they knew success is a great motivator. If you want something hard enough, you should never stop believing that you can make it happen.

My work day begins with a dog walk. This is when I’ll formulate my plan for that day’s writing, and where I get my best ideas for conversations between my characters, which I’ll often try out loud in the middle of the field.

Before I begin work each day I like to go back and edit the previous day’s work. I know many authors prefer to keep their eye on the finishing line and don’t want to break momentum by tweaking as they go, but I don’t feel happy going forward if I think there’s something that might need fixing.

Mornings are not my most productive time, probably because I allow myself to get too easily distracted with social media. However mid to late afternoon is when I usually hit my stride. My long-suffering husband discovered very early in my new career that if he wanted to eat anything other than takeaways, he was going to have to take over the evening cooking duties.

Before turning off my computer I like to read that day’s work out loud. I find this is a really invaluable way of checking both the pace of the story and the authenticity of the dialogue.

I am currently working on another emotional drama with an interesting cast of characters who I’ve already fallen in love with, and who I strongly suspect will break my heart. A Stunning Tale of Courage: Read an Extract From A Million Dreams by Dani Atkins 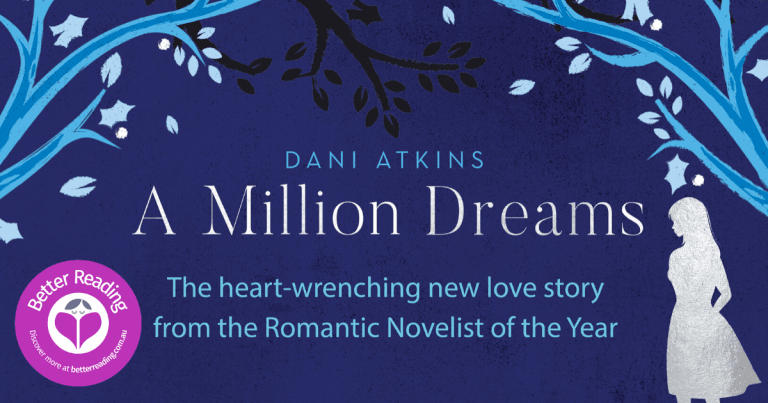 A Tale of Hope: Read a Review of A Million Dreams by Dani Atkins 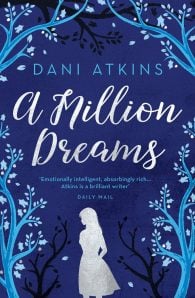 Before Beth's husband died, they made the decision to freeze an embryo so that she could still have his child. But Beth has just been told that the embryo was implanted in the wrong woman seven years ago. What should she do? 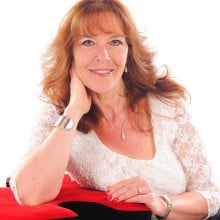 Dani Atkins was born in London in 1958, and grew up in North London. She moved to rural Hertfordshire in 1985, where she has lived in a small village ever since with her family. Although Dani has been writing for fun all her life, Fractured was her first novel. She has since written The Story of Us. 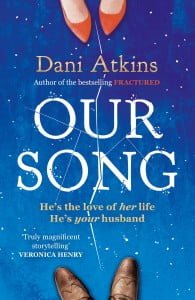 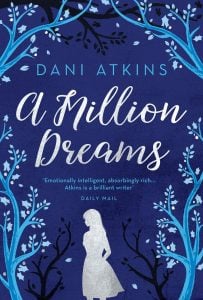