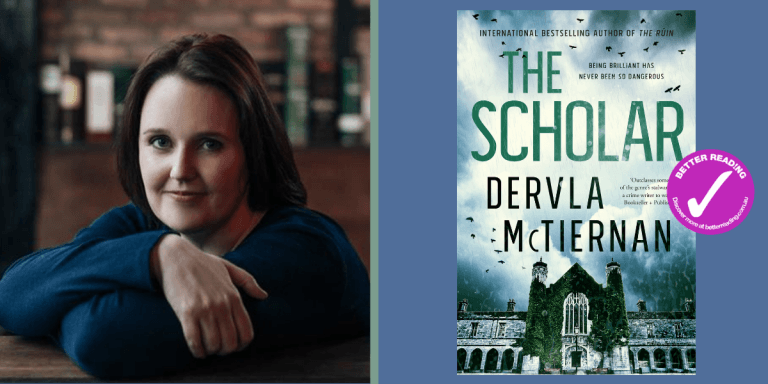 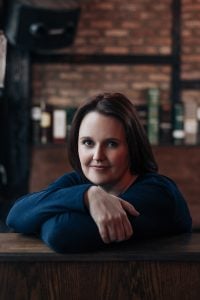 Read our full review of The Scholar here

Your latest book, The Scholar, is a compulsive new crime thriller featuring DS Cormac Reilly. Can you please tell us a bit more about the book?

Dr Emma Sweeney is a scientist and a researcher. She is also brilliant and hard-working and she leads a team that is on the cusp of delivering the world’s first artificial kidney. Emma is alone late at night on the university campus when she stumbles across a body, the victim of a hit and run. Distraught, Emma calls her partner, Cormac Reilly, who comes running, bringing him first to the scene of a case that would otherwise never have been assigned to him.

The young woman is identified as Carline Darcy, a gifted student and heir apparent to Irish pharmaceutical giant Darcy Therapeutics, a multi-billion-dollar company that has funded Emma’s own research. The enquiry into Carline’s death will be high profile and high pressure.

As Cormac investigates, there is a suggestion that the death is linked to a Darcy laboratory and possibly even to Emma herself. Cormac is sure she couldn’t be involved, but as pressure mounts and evidence is uncovered, he is forced to question his own objectivity. Could his loyalty to Emma have led him to overlook evidence? Has it made him a liability?

The inspiration for The Scholar came from a number of different places. The book is set in Galway, a lot of it on campus in NUIG, where I went to college. I always feel that a college campus is a great place to set a mystery. Those cut stone facades draped in ivy are reminiscent of a hundred movies, of course, but I’m thinking too about the darker corners, the abandoned lecture theatre, or the lonely corridor deep in the bowels of a building.  The kind of place you find yourself in when you realise that you’ve lost track of time, everyone else has gone home, and the place is utterly silent …except for the sound of quiet footsteps, drawing closer. Shudder!  I was interested too in the cut-throat world of big pharma, a world where hundreds of millions of euros can be thrown at the latest research and the pressure for results can be enormous. And then of course I wanted to explore Cormac and Emma’s relationship in close up – to answer some of the questions that were raised in The Rúin.

Your debut novel, The Rúin, was a huge success and a best-seller. What was it like writing a follow-up novel? Was it stressful, exciting – or both?

I was lucky, because I signed my contract with Harper Collins in October 2016, and The Rúin didn’t come out until Feb 2018. I spent that year and a half editing The Rúin and working on the second book, so I had finished The Scholar before The Rúin came out. That definitely took a lot of the pressure off. I was editing The Scholar through last year, as all the excitement of The Rúin was going on, which was a bit challenging (just from a finding-the-time-for-it-all kind of way) but it wasn’t stressful. I didn’t have that awful pressure so many authors experience when they’ve had years to work on their debut and then they suddenly have four months to deliver the follow up!

DS Cormac Reilly is featured again in The Scholar. How has his character developed and changed since the first novel?

I always think of Cormac as a genuinely decent guy who’s had a lot more luck in his life than he realises. He had a happy childhood, with a loving family around him. He chose work that suits his personality and he’s had some success. He’s a good-looking guy who is generally liked and respected. I think he was really tested for the first time by the events of The Rúin, in that he was faced with circumstances where there was no clean black and white answer. In The Scholar I wanted to test him further. I wanted to see what happens when you put a genuinely decent person into very challenging circumstances where the only choices available to him involve the compromise of what he would consider to be his ethical code. What does that do to a person? How do you reconcile those choices and who do you become afterwards?

What was your favourite book of 2018, and what are you most looking forward to reading in 2019?

Favourite book of 2018 was probably Robert Galbraith’s Lethal White. I’d read all of the others in the series and loved them, but this one brought things to another level. I’m such a Robin and Cormoran fan, I wanted to hang with them all day. A very, very close second was Boy Swallows Universe, by Trent Dalton, a book that made me laugh and cry and laugh some more, and then read bits out to my husband when he was trying to watch Netflix (he loves it when I do that!) Book I’m most looking forward to is Sara Foster’s You Don’t Know Me. I was lucky enough to get a sneak peek at an early draft and it was fabulous but I never got to read the ending! Argh!  I’ve been dying to finish it ever since, but I’m told I have to wait until November, which is cruel and unusual punishment. 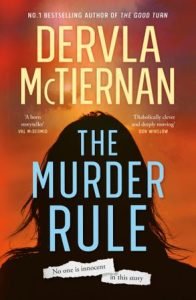