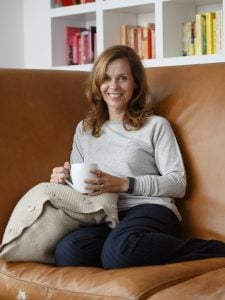 Read our review of I Invited Her In here

Tom Ripley is one of literature’s most mesmerizing characters — alluring, persuasive, brilliant but wholly amoral. Highsmith penned a character who the reader loves, fears then loathes, on a loop. For this reason, The Talented Mr. Ripley is a perceptive, careful character study and a powerful, electrifying thriller.

I loved this incredibly dark, twisting novel that left me feeling perpetually uncertain and tense. The story of Nick and Amy’s embryonic relationship, then crumbling marriage, and eventually Amy’s disappearance is a masterful example of literary deception. I found it almost impossible to put this novel down as I was drawn deeper and deeper into their crazy, horrendous world.

Troubled marriages have always been interesting playgrounds around which thriller writers like to stomp. So much so, recently, thrillers have a subsection categorisation of ‘domestic noir’ (which my books fall into) because without doubt other people’s marriages are fascinating. Barton tells us the story of long-suffering Jean who stands by her husband when he is suspected of a despicable crime. But when her husband dies, there’s no longer a reason for Jean to stay silent or to tell lies to anyone – even herself – and things only get murkier and more unfathomable.

One of my favourite thrillers as I feel this is a new and interesting direction that only women thriller writers could have taken readers. Set in a small, affluent, Australian community, Big Little Lies tackles some deeply disturbing issues such as rape and domestic violence with a sensitive but authentic touch. It’s tense from get-go as the reader is trapped in a tangled web of lies and secrets.

Before I Go to Sleep

This novel is a gripping, yet heart-breaking thriller because the protagonist is put in a situation where she is totally estranged from her own identity and literally can’t trust anyone, not even herself. Christine Lucas wakes every morning thinking she is a carefree, twenty-something woman with a bright future ahead of her. In reality, she is a forty-seven year old woman who suffered a terrible attack eighteen years ago that has left her unable to retain memories overnight. As a consequence she has to discover herself each day, with this level of uncertainty, how can she discover who is responsible for what happened to her? 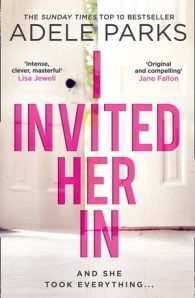