Robyn Harding’s novels include The Party, Her Pretty Face, and The Arrangement, and she has written and executive produced an independent film. She lives in Vancouver, British 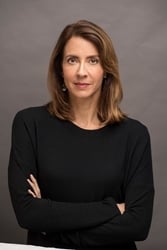 Columbia, with her husband and two children.

Buy a copy of The Arrangement here.

Your latest book, The Arrangement is described as a provocative tale of sex, obsession and murder. Can you tell us a bit more about the book?

It’s the story of Natalie, a young art student from a small town who is having trouble making ends meet in New York City. A friend suggests she join a sugar dating website and Natalie decides to go on a few dates with older men for money. She just wants to make enough to pay her debts, but then she falls for a handsome, sophisticated sugar daddy named Gabe. But she doesn’t realize Gabe has a wife and family whom he has no intention of leaving. When he abruptly ends it, Nat can’t let go. Their mutually beneficial relationship devolves into a nightmare of stalking, violence, and murder. 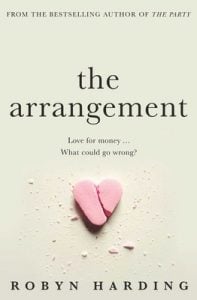 I read a newspaper article that said that the University of British Columbia (just down the street from my home in Vancouver) had the highest number of sugar babies in the country. Until then, I hadn’t realized that this lifestyle was on the rise. I wanted to understand how it all worked, why a young woman would enter into this type of arrangement, and, because I write thrillers, how it could all go wrong.

Did you do any interesting research for The Arrangement?

I created an online profile for my character on one of the sugar dating sites. Within minutes, I had dozens of messages from ‘daddies’ offering my character $400 for a glass of wine, a thousand-dollar allowance to see them once a week, and a bonus for engaging in kinky sex. What an eye-opener! I also chatted with some sugar babies who were really open with me about how it all works and the ups and downs of their lifestyle.

I want readers to see how a real, relatable girl can fall into this life. We often judge women for making these choices, but I think sugar babies, and all sex workers, need to be accepted with more equanimity. If they feel less ashamed, they are more likely to tell a friend or family member where they are going and who they are with. A young woman I interviewed pointed out: “There will always be sex work. Removing the taboos makes it safer and more consensual”.

My creativity is at its peak in the early mornings, so I get up around 6:30 AM and start writing. I just handed in my next manuscript, which is about a couples’ swap that goes very, very badly. Now, I’m giving my brain a rest and focusing on moving int a new house. 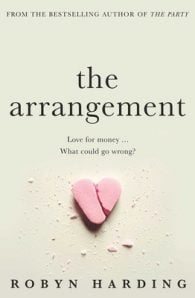 A Pretty Woman tale turns deadly in this provocative tale of sex, obsession and murder from the bestselling author of The Party.Natalie, an art student in New York City, is struggling to pay her bills when a friend makes a suggestion: Why not find a sugar daddy – a wealthy, older man who will pay her for dates, and a monthly allowance. All that’s required is to look pretty. Sexual favours are optional.Gabe, a handsome finance attorney, seems like the perfect candidate and within a month they are madly in love. At least, Nat is – Gabe already has a family, who he has no intention of leaving.When he abruptly ends things, Nat can’t let go. She begins drinking heavily and stalking Gabe and his family. Their supposedly mutually beneficial arrangement devolves into a nightmare of deception, obsession and, when a body is found near Gabe’s Upper East Side apartment, murder. 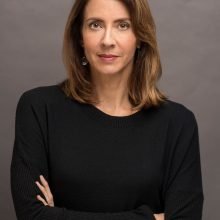 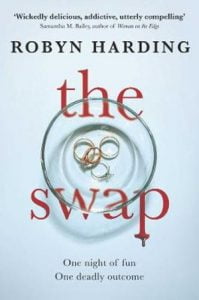