Reflections of a Novelist by Tess Woods I don’t write to create beautiful prose. I write for people to turn pages. I write to shake and stir.

My first novel, Love at First Flight, was lauded for its honesty but I was also widely criticised for so flagrantly writing about an affair. And not just any affair but a female main character having an affair with a younger man when she was (gasp!) a mother and, here’s the clincher that really got the claws out, she dared have an affair when her husband was a good man. Mothers married to good men don’t have affairs in modern Australian literature. They just don’t. Well they don’t if the books have any commercial success at least. But my main character did just that. She was a woman who owned her sexuality and my brave publisher, HarperCollins Australia, put her story out on bookshelves across the country to shake and stir. I think the reason for the success of Love at First Flight, despite the subject matter, was how honestly I portrayed my main character with an assessment of her life that women could easily identify with or at least empathise with.

Sexual dissatisfaction in long-term marriage is rife, yet it’s taboo for a woman to say out loud that her husband doesn’t do it for her, no matter how lovely or good looking or wonderful he is. The fact that I put it out there may have landed me a rather large busload full of vocal haters but it also gave me my start in this industry because although I didn’t create beautiful prose, I did create a page turner.

So in writing the follow-up novel, Beautiful Messy Love, I gave myself three rules.

And this is what I wrote:

Toby’s wife dies on a palliative ward in the hospital where Lily is on rotation as a student doctor. Toby and Lily have sex the same day he buries his wife. Why? Because that was the honest way to tell their story. Had Toby and Lily built up a long term friendship, fallen in love in due course, denied their feelings for each other out of loyalty and guilt and had obstacles come between them only to find a way to be together at the end of the novel, I would earn myself less haters because my characters were a good girl and boy who played by the rules but it would also be a snooze fest of a story that had been done a million times before and that I’m sure my publisher wouldn’t have been interested in publishing. I wanted messy. I wanted Lily and Toby to have to live through the consequences of their actions and I wanted my readers to have to live through the whole thing with them and be confronted by the messiness of it all.

In the other storyline, Anna is a Muslim refugee working in a café when Australia’s number one pin-up boy, an elite footballer called Nick, walks in and rocks her world. Since 1985 (when I was thirteen and joined Amnesty International to copy my idol, Sting) I’ve been passionate about human rights. Writing in a refugee main character, who shared my background as an Egyptian and using my novel as a device to break down some misconceptions about asylum seekers and Muslim women was a no-brainer for me. (Side note, I’m actually Catholic but I did grow up in Egypt surrounded by my Muslim cousins.) It was absolutely deliberate to write in a heartthrob who was an iconic Aussie stereotype, the blond burly footballer, and to set him up with an Arabic girl and a Muslim one at that. I set out to break the mould of who a WAG is. I also wanted Anna to have sex and enjoy it. Like Mel in Love at First Flight, she owns her sexuality. Through Anna I hope I can break down some of those widely held stereotypes of Muslim women. Writing in Anna and Nick’s storyline might mean that rotten tomatoes get hurled my way. But because I wrote their story with passion and honesty, I hope that the overwhelming response will be one of acceptance.

Just like with Love at First Flight, my characters do things that other characters in modern Australian literature wouldn’t dare get away with. My brave publishing house has once again given me a vehicle in which to shake and stir the current trend of novels. Time will tell, whether writing in themes that aren’t pretty but that I have written with honesty and passion prove popular. Regardless, I followed my own rules and I spoke my truth and it’s now time to sit back, take the heat and hopefully create some energetic dialogue between book lovers once Beautiful Messy Love does hit those shelves. Podcast: Tess Woods talks About Juggling Two Physiotherapy Clinics and Her Novel, Love and Other Battles Heart and Hard-Hitting Emotional Power: Read an Extract from Love and Other Battles by Tess Woods 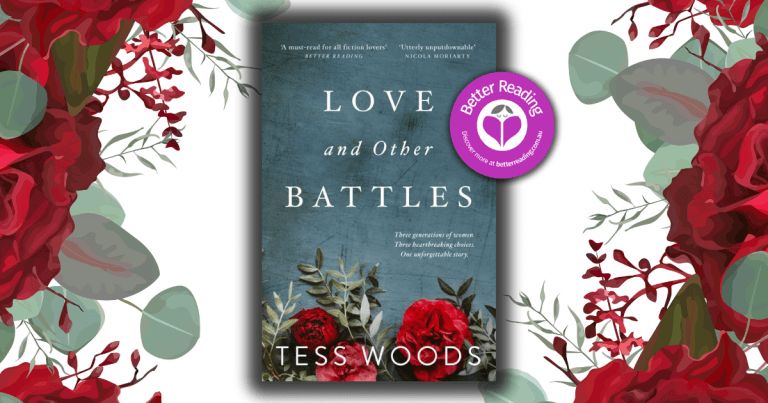 Engaging, Beautifully Crafted, Moving: Review of Love and Other Battles by Tess Woods For readers who love moving, epic romance in the manner of Nicholas Sparks.When football star Nick Harding hobbles into the Black Salt Cafe the morning after the night before, he is served by Anna, a waitress with haunted-looking eyes and no interest in footballers, famous or otherwise. Nick is instantly drawn to this exotic, intelligent girl. But a relationship between them risks shame for her conservative refugee family and backlash for Nick that could ruin his career.Meanwhile, Nick's sister, Lily, is struggling to finish her medical degree. When she meets Toby, it seems that for the first time she is following her heart, not the expectations of others. Yet what starts out as a passionate affair with a man who has just buried his wife slips quickly into dangerous dependency.Scarred by tragedy each in their own way, these warm, hopeful characters must face prejudice and heartbreak to learn just how much beautiful messy love can mean.About the AuthorTess Woods is a physiotherapist who lives in Perth, Australia, with one husband, two children, one dog and one cat who rules over all of them. Love At First Flight, first released as an eBook, has received worldwide critical acclaim, hit the bestseller charts in Australia and was voted Book of the Year in the AusRom Today Reader's Choice Awards 2015. Tess was also in the top ten Best New Author nominations. 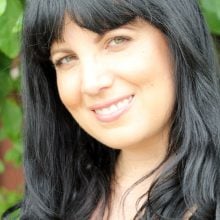 Tess Woods lives in Perth, Australia, with one husband, two children, one dog and a cat who rules over them all. Her debut novel, Love at First Flight, received acclaim from readers worldwide and won Book of the Year in the AusRom Today Reader’s Choice Award. Her second novel, Beautiful Messy Love, was a 2017 Better Reading Top 100 pick. When she isn’t working or being a personal assistant to her kids, Tess enjoys reading and grannyish pleasures like knitting, baking, drinking tea and tending to the veggie patch. She’s also moderately obsessed with the TV series Nashville and Buzzfeed quizzes. Tess loves connecting with her readers on Facebook: @Tesswoods.harpercollins and Instagram: @tesswoods_author. 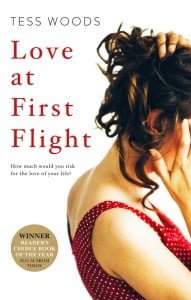 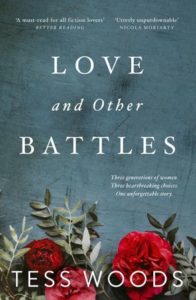 Love and Other Battles