Anthony Lehmann’s warmly funny memoir travels an epic distance – from his childhood in South Australia’s mallee country (aka “the middle of nowhere”) spent dreaming of a footy career with his beloved Hawthorn, to actually kicking goals on the national stage as a comedian. The highly readable and ever entertaining This Shirt Won’t Iron Itself sparkles with the genial wit that has become Lehmo’s stock in trade.

Growing up on 1200 acres in Peebinga, an isolated farming community some three hours from Adelaide, meant the kind of freedom modern city kids couldn’t even imagine. Driving cars and tractors by age ten, but holding off on motorcycles and guns till the ripe old age of twelve. “In the 1970s,” writes Lehmo, “the term ‘helicopter parent’ referred only to parents that were literally in helicopters.”

This free ranging childhood and a boarding school education very much shaped the self-reliant, confident comedian Lehmo would become. That, and his near religious obsession with AFL football in general, Hawthorn in particular.

It’s hard to believe that Lehmo – who for years has been one of Australia’s best-loved radio, TV and stand up personalities – was ever an accountant, but he was. In writing about his journey from country boy to popular showman, Lehmo has managed that rare feat of being able translate his comedy to the page without succumbing to ‘writing to the punchline’ that plagues some comedians turned authors. Rather, each anecdote in Lehmo’s memoir feels satisfying and complete and compels the reader onto the next wonderful story.

The comedian doesn’t shy away from darker episodes but handles them with a lightness of touch and deftly honed sense of the absurd. Take this account of nearly drowning in San Sebastian, Spain in the mid-1990s. “Drowning isn’t much fun. I’d heard it was the way to go but here was I in the early stages and I was finding it had limited appeal.”

Similarly, he manages to be both pointed, and pointedly absurd, when recounting his decision to perform for troops in Baghdad, something he agreed to do despite his opposition to the war. “But we were there and our troops were making a valuable contribution. However, I did laugh one day when watching CNN and I saw the following banner headlines … ‘US troops have secured the port of Umm Qasr’, then ‘British troops have secured the town of Basra.’ About fifteen minutes later, the banner read ‘Australian troops have secured a tugboat in the Gulf.’ Boat people really had become our specialty.”

It’s elements like these that show how Lehmo’s Aussie-larrikin personna is nuanced by his strong sense of social justice. As when he describes the influence of his Mum and Uncle Joe, a Catholic who spoke publicly against bigotry and hatred. In a chapter entitled “Mum versus the Nazis,” Lehmo explains how one of his proudest moments was speaking at a vigil for asylum seeker Reza Barati, “murdered while in detention on Manus Island.” In his speech, Lehmo tells the story of the friendly cabbie who drove him to the airport. “I asked if he ever doesn’t pick people up. He said to me, ‘Everyone is welcome inside my cab…’ How nice would it be, reflects Lehmo, if Australia could do the same. “As soon as you cross into Australian waters, no matter who you are, we will welcome you, put our arm around you and treat you like family.”

This Shirt Won’t Iron Itself is like its author – hugely likeable. A funny, very Australian story, with a core of decency and cheeky humour. A great one to add to the Christmas shopping list.

Anthony Lehmann, better known as Lehmo to his legion of fans, is a comedian and TV and radio presenter who has won many awards. Born in country SA he started out as an accountant. Not surprisingly, he found he didn’t like it and decided to take his chances as a comedian. In 1994 Lehmo appeared on the ‘Red Faces’ segment of Hey Hey It’s Saturday. He has performed sell out seasons at the Adelaide Fringe Festival, Melbourne International Comedy Festival and the Edinburgh Fringe Festival. Lehmo married television producer Kelly Kearney in 2014. Their son, Laddie Buster, was born in 2016. Who Was Michael Hutchence? Shine Like It Does by Tony Creswell The Feelings Series by Trace Moroney

Matthew Reilly On His Father: from 'Things My Father Taught Me' 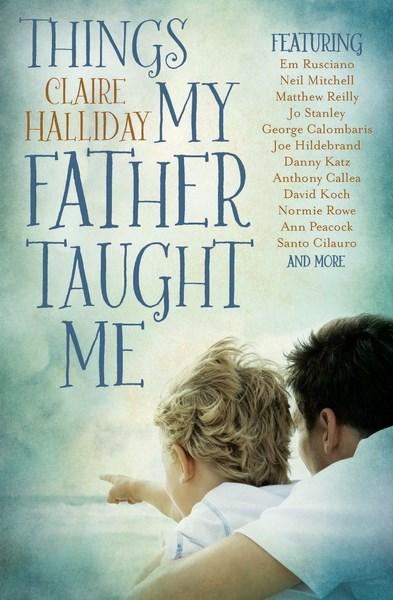 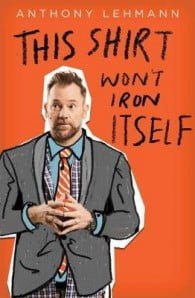 Regrets, Anthony Lehmann’s had a few, but giving up accountancy was not one of them.In this highly entertaining memoir, radio and television funny man, stand-up comedian and all-round nice guy ‘Lehmo’ retraces his steps from the family farm in Peebinga in South Australia’s mallee country to the world’s biggest comedy stages, exploring the moments that shaped him., and some that nearly broke him.Trading the steady certainty of pinstripes and insolvency for life on the road, Anthony Lehmann’s sense of humour has taken him around the world, where he has appeared in comedy festivals, entertained Australian troops for the Australian Defence Force and gone on safari as part of an elaborate marriage proposal, but a lifelong love of Hawthorn Footy Club – and the birth of Laddy Buster Lehmann – has kept him grounded, and given him no shortage of good material.About the author Anthony 'Lehmo' Lehmann left accountancy 15 years ago to become a full-time comedian. He has since been a regular on the comedy festival circuit and has headlined comedy clubs all over the world as well as regularly appearing on radio and television. In addition to a marathon 11 seasons as a panellist on Network TEN's Before the Game, Anthony has appeared on Good News Week, Rove Live, The Circle, The Glasshouse, Gruen Transfer, Have You Been Paying Attention, Can of Worms, A League of Their Own, The Project, even Neighbours.

Anthony 'Lehmo' Lehmann left accountancy 15 years ago to become a full-time comedian. He has since been a regular on the comedy festival circuit and has headlined comedy clubs all over the world as well as regularly appearing on radio and television. In addition to a marathon 11 seasons as a panellist on Network TEN's Before the Game, Anthony has appeared on Good News Week, Rove Live, The Circle, The Glasshouse, Gruen Transfer, Have You Been Paying Attention, Can of Worms, A League of Their Own, The Project, even Neighbours. 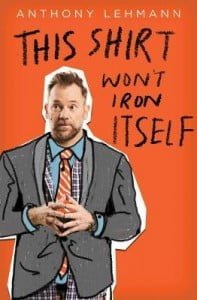 This Shirt Won't Iron Itself