J’adore Paris: Why the City of Love still calls to so many writers. Is there anyone who doesn’t love Paris? It is the City of Love, after all, the most romantic place in the world. It is alluring to believe that Paris is a city full of accordion players and elegant women walking poodles but, as marvellous as it is, that is not the reality of Paris today.

I first heard of Paris Syndrome a few years ago. The condition is a form of culture shock and is particularly experienced by Japanese tourists who become distressed when Paris doesn’t live up to their romantic expectations. It was a strange idea to me, that people could have such an idealised view of Paris that they would fall sick when it failed to deliver. Yet, it is true.

So, what is it about the city that inspires such devotion? The soaring spires, the golden light, the musical language, the fabulous food? Yes, yes, yes, but… it is more than that. Artists and writers have always flocked to Paris – it is a city built on stories. Charles Dickens called it, ‘the most extraordinary place in the world’. The American writers Ernest Hemingway and F. Scott Fitzgerald called it home for many years, as did countless others. Few other cities come with such a wealth of dreams attached.

A few years ago, following those writers, I embarked on my own Parisian literary pilgrimage. I drank café au lait at the Café de Flore, where authors Jean-Paul Sartre and Simone de Beauvoir used to hang out. I browsed the timber shelves of books in the historic Shakespeare and Company bookshop, where writers may sleep for free among the bookshelves while working on their novel. I strolled around Victor Hugo’s house, where he wrote Les Misérables, and gazed out at the adorable manicured park and chimneyed apartments outside. In Paris, I felt that I was at the centre of something – in a place where ideas and intellect are the very lifeblood.

I was sorely tempted to write a novel set in Paris, but, well, it seemed a little obvious. I decided to subvert that idea. The jarring clash between reality and imagination which causes Paris Syndrome was more interesting.

I grew up in Brisbane, which has its own charms – it’s warm, liveable and not too big – but it sure ain’t Paris. The character of Happy came to me. A girl who dreams of walking the streets of Montmartre. Of skipping stones in St Martin’s Canal. Of popping into a photo booth in the Metro and flirting with an eccentric Frenchman at the Sacre-Coeur Cathedral. A girl who is so crazy about the movie Amélie, that she imagines when she gets to Paris her hair will morph into an elfin bob as she rides her scooter past the Arc de Triomphe.

So, while I adore Paris, I decided to set my story in Brisbane. Instead of the Seine, Happy has the Brisbane River. Instead of the Eiffel Tower, she has the much smaller replica which sits outside a café in the suburb of Milton. Gradually she starts to realise that problems aren’t solved by changing locations. Life unfolds wherever you are, and romance doesn’t only happen in the City of Love, it can appear when you least expect it.

Happiness (Happy) Glass has been a loner since moving to Brisbane and yet still dreams about living in Paris with her best friend Rosie after they finish Year Twelve. But Rosie hasn’t been terribly reliable lately.

When Happy wins a French essay competition, her social life starts looking up. She meets the eccentric Professor Tanaka and her girl-gardener Alex who recruit Happy in their fight against Paris Syndrome – an ailment that afflicts some visitors to Paris. Their quest for a cure gives Happy an excellent excuse to pursue a good-looking French tourism intern, also called Alex. To save confusion she names the boy Alex One and the girl Alex Two.

As Happy pursues her love of all things French, Alex Two introduces Happy to her xylophone-playing chickens whose languishing Facebook page Happy sponsors.

But then sex messes things up when, confusingly, Happy ends up kissing both of the Alex’s. Soon neither of them is speaking to her and she has gone from two Alex’s to none …

Lisa Walker lives on the far north coast of NSW where she is completing a PhD in creative writing.

Lisa has had a radio play produced for ABC RN and was the winner of the Byron Writers Festival short story award. She was a finalist in the ABC Short Story Award and won second placed in the Henry Savery and Port Stephens Literature Awards. 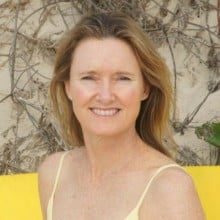 Lisa Walker lives on the far north coast of NSW where she is completing a PhD in creative writing. Lisa has had a radio play produced for ABC RN and was the winner of the Byron Writers Festival short story award. She was a finalist in the ABC Short Story Award and won second placed in the Henry Savery and Port Stephens Literature Awards. Lisa is the author of Liar Bird (HarperCollins, 2012) and Sex, Lies and Bonsai (HarperCollins, 2013) and her debut YA novel is called Paris Syndrome (HarperCollins 2018). 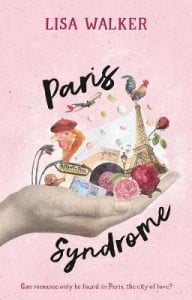