A Story Begins with a Persistent Voice that Demands Listening: Q&A with Josephine Rowe, Author of Here Until August Josephine Rowe is an Australian writer of short fiction, poetry and essays. Her story collections include How a Moth Becomes a Boat (Hunter Publishers, 2010), andTarcutta Wake (UQP, 2012) which was longlisted for the 2013 Frank 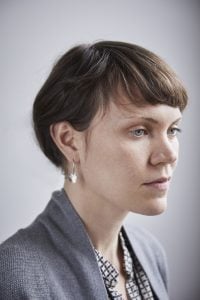 She is currently a Wallace Stegner Fellow in fiction at Stanford University, and lives in Oakland.

Click here to buy a copy of Here Until August.

How did you get into writing?

I’ve been writing since I was very young, so I can’t claim to remember the way in. Perhaps enough to say that I grew up in an environment that necessitated not only escape (reading) but also a means of processing (writing), a means of agency. Though I’m sure I wouldn’t have come to it with that awareness—that I was enacting a form of agency. Probably it was just affectionate emulation, wanting to be in conversation with the writing that sustained me, that which promised other and elsewhere.

The short story form is notoriously difficult to write – what drew you to short stories, and what is it about the form that you like? 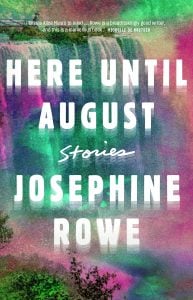 I do (occasionally, very slowly) write novels, as well—and if some sadistic force dictated just the one form to read and to work in, indefinitely, I might hedge and choose the novella.

But, short stories: apart from an appreciation for concision (which maybe stems from a loathing of waste?) part of the allure of shorter works is how well they serve a wide-ranging curiosity. The short story is a very fluid, adaptable form. They often draw their strength from characteristics we don’t necessarily think of as being aligned to structural rigour: ambiguity and inference and impression. Negative spaces necessary to resonance. (I’m put in mind of the first line in an Alex Epstein story: “Also in this story no snow will fall, the surrounding margins aren’t wide enough.”) The best have a frequency, a charge about them that lingers, all the more powerful for being kept inexplicit, open to wonder.

Stories are generally more interested in the intricacies of the question, without necessarily presuming to answer. Perhaps that speaks to the sensibilities of those who gravitate towards them—those who do not presume to answer, those who believe answers are something of a sham.

But ultimately, the conversations around what stories do versus what novels do can be a bit limiting and self-defeating; I find the works I most admire aren’t interested in working to our expectations of any particular form.

This collection, Here Until August, covers vast ground, both literally and also in the diverse characters and themes. What inspires your stories? Do you start with characters or plots (or something else)?

It depends on the story, but very often it’s an image—kids free-diving a flooded township; a crowd of families wading into the ocean at dusk; the frozen surface of a pond forming a platform, supported by cattails (bulrushes), after the rest of the water has mysteriously drained away (these are all very watery examples, I realise).

Although sometimes, a story begins with a persistent voice that demands listening. Or it might start with a blindspot, something I don’t feel I understand well enough, that I want to thrash around with for a bit

A strong theme throughout the book is change, and taking chances. Do you live vicariously through your characters, or is there something of your own life that you put into your work?

There’s always something of our own lives that ends up in the work (fiction or otherwise), no matter how far away from the self we feel we’re directing things. Here Until August, compared with my other books, is the least shaped by my own experience, as far as specific, lived details are concerned. (There are a few exceptions, along with some eerie instances of scenes that I wrote several years ago, that my real life went on to mirror. I’m not yet sure what to make of that.)

Geographical transience is the strongest connective element in the collection, and it’s fair to say that this much—and perhaps that chance-taking you mention—is reflective of my own experience of the past several years. Though I’ll stress that in my case it was elective, which is not the case in many of the stories.

I wouldn’t say I live vicariously through fiction, though I do sometimes seek out essays and projects whose research demands that I reach beyond my comfort zone—in that way, yes, writing can be cause for being more present and attentive in the world, foregoing the comfort of routine along with a certain amount of security and familiarity.

Can you tell us a bit about your writing process?

Chaotic, erratic, non-linear, and time consuming—then endlessly revising to cover evidence of as much. I avoid notebooks with lines, as my sentences have a habit of curling around the page. There’s a lot of longhand, a lot of recycled envelopes. Ideally there’s a lot of walking, too, though I sometimes lose sight of how important this is.

I can’t recommend most of this, save the revising and the walking.

What’s the next book (or books) on your ‘to be read’ pile?

I return to individual poems and essays and stories daily, often in the slipstream of whatever I’d set out to read in the first place. Last week, a years-old note to myself fell out of an Alice Munro collection, marking the last page of the story “Cortez Island”: Ending is as good as Saunders “Home.” I couldn’t remember anything about George Saunders’ “Home”, ending or otherwise. What a gift an unreliable memory can be, in at least this regard—the rediscovery of something loved and admired, from a slightly different point of reference. A good story (or novel, poem, etc.) is never static; we take different things away—and bring different things to it—depending on where we are in our lives. Like seeing a play on subsequent evenings, watching from a different section of the audience, getting an alternate view of the stage. Rereading at the right time can feel like being upgraded from the cheap seats.

Josephine Rowe is an Australian writer of short fiction, poetry and essays. Her story collections include How a Moth Becomes a Boat (Hunter Publishers, 2010), andTarcutta Wake (UQP, 2012) which was longlisted for the 2013 Frank O’Connor International Short Story Award.Her writing has appeared in McSweeney’s Quarterly Concern, The Iowa Review , Best Australian Poems, Best Australian Stories, Griffith Review, Meanjin, Five Dials, Australian Poetry Since 1788 and Harvard Review.She is currently a Wallace Stegner Fellow in fiction at Stanford University, and lives in Oakland. 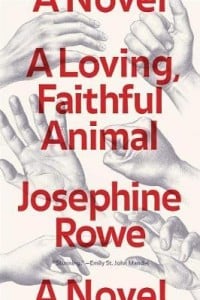 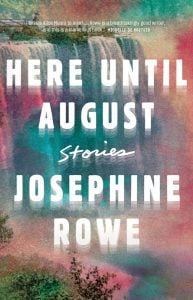