Author Q&A: Erica Ferencik on The River at Night 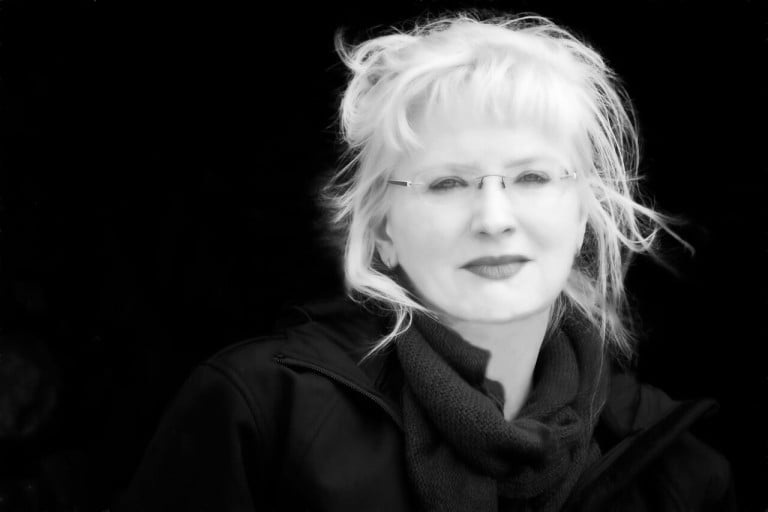 “I have to mentally and emotionally transport myself there in my imagination, calling up every one of my senses in order to have the reader feel in their marrow what the characters are going through in the story…”

We talked to US writer Erica Ferencik about the challenges of transporting her readers to an untamed wilderness and the themes of her latest thrilling novel, The River at Night.

Better Reading: You do such a wonderful job of transporting the reader to the Maine wilderness and achieve the difficult task of vividly creating truly frightening scenes of the four friends white-water rafting and becoming unstuck on the river. Was this a technically challenging job as a writer?

Erica Ferencik: First of all, thanks! Actually, I look at this – transporting the reader almost viscerally into the world I am creating – as one of my primary jobs as a writer. It is technically challenging in that in order to do it I have to mentally and emotionally transport myself there in my imagination, calling up every one of my senses in order to have the reader feel in their marrow what the characters are going through in the story. In other words, I have to “live” the events in my mind in order to create them on the page. It’s exhausting and sometimes painful, depending on the scene, but can be exhilarating as well.

What made my task somewhat easier was the fact that I have been white water rafting many times, so was able to recall those feelings and sensations. In addition, I made a nine-day trip to the Allagash Terriory in northern Maine in December of 2012 order to get a feel for the place as well as interview people who live off the grid. I wanted to deepen my understanding of the type of person who would want to disappear from society. I was able to line up seven interviews with people who lived in various setups: remote cabins, a rehabbed bus, a yurt, and a boat (on land.) I left home for the twelve hour car ride armed with a backpack filled with power bars, warm clothes, and mace. Now, that is a whole other story.

BR: One of the themes of The River at Night is nature and civilization and the indifference of nature to man. Is this something you set out to explore?

EF: Nature is a system of predators and prey; its concern is with its own dramas of life and death – not really so different from us at all, as we battle out our own survival of the fittest. So in this sense the natural world is indifferent to us; hopefully it will survive us. Certainly we will not survive its destruction.

I am fascinated by the thin line between the natural world and man. Of course we are a part of nature, yet with our houses, buildings, streets, cars and screens we are ever farther from experiencing the world of plants and forests and animals than ever before. Our big brains isolate us from elemental life, making us long for this primal connection at the same time we push it away for bigger faster brighter better. And we pay the price by a sense of loss we cannot define, a kind of loneliness the latest gadget will not ease.

BR: The River at Night also explores themes of personal development and female friendship. Did the main character, Win, need to reach a crisis and face her own mortality to see what was good in her life?

EF: Yes, absolutely. Nothing makes you appreciate all you have in life more than staring death in the face, and part of my intent with this novel was to bring the women and the reader into this crisis and face it head on.

Another big theme in this book, as you have mentioned, is female friendship, which has always fascinated me. Its very intensity can turn things inside out very quickly. I especially love stories of female friendship gone wrong, such as in the 1992 film, Single White Female.

The stakes in female friendship are just as high or higher than in romantic ones. We trust our women friends with so much intimate knowledge – why is that? Our hairdressers know for sure….isn’t that the truth. Why do I still share things with my women friends that I don’t with my husband of twenty-two years?

The stakes are even higher for long term friendships. It’s such a delicate balance to keep these relationships alive, as well as intensely difficult to determine when or whether it may be time to end them, or to come to grips with the fact that – since everything changes – these cherished friendships must change as well.

BR: So much happens to these women on their big adventure and things get totally out of control during the course of the novel. How much of this was planned in your plotting and how much evolved as you wrote the novel?

EF: After many half-written ‘I’ll-just-let-the-words-take-me-where-they-will’ novels shoved in the drawer in frustration, I am an outliner and, as you say, a planner. Creating a book is no less complex than building a house – I would argue it’s usually a hell of a lot more complex – and so for me anyway, I need a blueprint.

A novel for me starts with an idea. Not just any idea, but one that has the depth and complexity novels demand, and one that I feel I can actually pull off. But even this stage is tricky. So many times I’ll come up with some brilliant idea, and I get so excited, and I go to bed feeling like a genius. I wake up an idiot, however, when I realize what a lame idea it was after all. But every now and then an idea sticks with me, stands the test of several nights’ sleep, and still feels like it has legs.

Then I bang out a rough outline that can take months to flesh out. I refuse to actually start writing the book until I am clear on most of the elements: what happens, characters, subplots, the ending. The shortest to write and complete rewrites for a book for me has been a year, the longest is four.

BR: Inevitably, The River at Night has been compared to the 1970 novel and subsequent movie Deliverance. The town that the women arrive in is called Dickey – was this a nod to the Deliverance author, James Dickey?

EF: Yes! I read and fell in love with James Dickey’s 1970 novel Deliverance back in 2012. Most people have seen the movie – cue the banjos! – but I’m not sure the book has gotten the love it deserves.

Dickey was a poet, but he also wrote this fabulous, propulsive, first person novel about four male friends who go white-water rafting in the Georgia wilderness. The story was utterly terrifying to me; I was struck by this series of bad decisions that led to disaster.

The River at Night is a love note to Deliverance, absolutely. Another nod to the author was my use of the name Dean, which was the name of the protagonist’s son in Dickey’s book. I’d like to say that the town, Dickey, was also in tribute, however, it is a real town in Maine, the last you encounter before the road ends and the wilderness begins in the Northwest quadrant of the state. This is one of the places I visited on my research trip.

The setting for The River at Night is a mixture of truth and fiction: the remote, sparsely populated, eerie landscape is real, however I made up my own river: the Winnegossett. As of now, a total of ZERO people have noticed this or (thank goodness) complained about it, while at one point it had been a big concern of mine!:)

BR: Are there any other literary influences at work in The River at Night?

EF: I was a fine artist – a painter: watercolors and mixed media – until I was 26 years old. Then one day I woke up and literally lost interest in painting ever again. Just tossed all my painting stuff in storage. From then on, all I wanted to do was write. That was over twenty-five years ago.

I jumped into screenwriting, a discipline where you absolutely must think cinematically. That plus my background in the visual arts and my obsession with film trained me to think visually. All this experience carried into how I write novels.

In terms of novels, I have literally hundreds of authors who have inspired me over the years. Most recently, though, I’ve read and loved Peter Matthiessen’s work. He wrote At Play in the Fields of the Lord. Also on my list of recent fabulous reads: Lily King’s Euphoria, Claire Messud’s The Woman Upstairs, Stoner, by John William, and The North Water, by Ian McGuire.

Read more about why we love it, purchase a copy or start reading The River at Night. 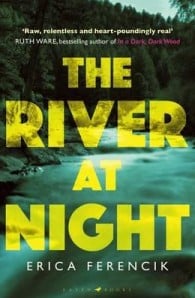