Gayle Forman is well known for her bestselling books for young adults, including If I Stay, but her new novel Leave Me is very much for an adult audience. It’s the story of Maribeth, who has a heart attack at forty-four. At first she writes it off as bad Chinese food and gets on with her busy life, which involves juggling a job in publishing and being a wife and mother to young twins.

After she’s out of the hospital and trying to get back into her routine like nothing has changed, it dawns on Maribeth that everything feels different – so she packs up and leaves. What follows is a tender story about making new friendships and mending old ones, what it means to be a parent, and how to take care of yourself when you’re expected to be caring for everyone else. We chatted with Gayle about the book, the characters, and writers who inspire her.

BR: Congratulations on the release of Leave Me! What do you hope readers will take away from your novel?

GF: Thank you! When I was writing Leave Me and would describe the basic plot —overworked mother has a heart attack and bypass surgery and in the aftermath runs away from home—to my friends, every single one of the mothers had the same response: They confessed to me that they had the same fantasy. To just not go home one night. The way they spoke of it—in hushed tones, as if they were the only ones, as if they were ashamed—was telling. Women (and let’s face it, society) still find it shocking, selfish, and even transgressive when women put themselves first, be it in family, in business, in politics. So if anything, my hope is the story of Maribeth, who does a “selfish” thing and puts herself first will ignite a conversation about whey we do this, and why women find its for us to ask for, accept and most key, feel entitled to help.

BR: You already have a successful career in YA, did you set out wanting to write an adult fiction novel, or did Maribeth’s story just come to you?

I set out to write an adult novel because I wanted to write about marriage and motherhood and there was no way to do that in a YA novel. The story for Leave Me came to me in two parts. The first was years ago, when on a family vacation, I started having chest pains and began panicking, not so much about whether it was heart disease (my mother had her first bypass surgery at 48) but about who would take care of my young children if I needed surgery. That was the seed of the book but it wasn’t my heart and so I let the idea go. When it came back to me several years later, that’s when Maribeth arrived. When I write, I need both a premise (some form of a What if? question) and a character and so as soon as Maribeth showed up on the scene, the book took off, in some surprising directions.

BR: At one point Maribeth says if there were a movie made about her life, she would be the villain. Is this true? Is Maribeth the hero too?

She certainly thinks it’s true and I expect many readers will be torn between hating Maribeth’s actions but feeling enormous sympathy for her, too. When it comes to parenting no one is harder on mothers than mothers themselves. Trust me. I know this. We demonize ourselves for faults in a way that I’m not sure men do.

As for Maribeth, she’s clearly a hero to me. Her faults are what make her heroic. Which I suppose makes her an antihero. But female antiheroes are a tricky thing. We like our women to be saintly, or super-hero kickass. We as a culture have little patience for unheroic heroic women. And back to your first question, what do I hope readers take away…maybe an awareness of that, too.

BR: Maribeth and Janice both find comfort in writing letters – does it matter that they’re (almost) never sent?

Janice says it’s the writing that matters. In her and Maribeth’s case, this is true. They are trying to communicate in letters but they are also trying to work something out for themselves. Which, come to think of it, is how writing is for me as an author.

BR: Elizabeth and Maribeth have years of memories and friendship, but as their adult lives diverge, they struggle to feel the same connection to each-other. Tell us more about writing the character of Elizabeth, and her importance to Maribeth.

There’s this widely held belief that once you find your life partner, he or she or they become all you need. Which is crazy and also puts an awful lot of stress on that relationship. I, like many women I know, have very deep, intense, even life-sustaining friendships, and these are nearly as important to me as my marriage. Once upon a time, Elizabeth and Maribeth were each other’s people. And as they got older, got married, had careers, children, etc. they ceased to be for reasons that are not clear to either of them. I wanted to explore the importance of that deep friend relationship, its bearing on the family, and what happens when those relationships wither. It’s a severe loss but we often don’t acknowledge it, and unacknowledged loss is, of course, a major theme of the book.

BR: The novel considers how hard is to leave behind loved ones, but it also shows what it is like to be left. How does her experience of adoption shape Maribeth?

It completely shapes her but in ways she has not allowed herself to consider before now. My youngest daughter is adopted, and she wears her questions and sadness about this on her sleeve so I see how painful it is, and probably will always be, for her. I often think about how when/if she has children of her own, they will be the first biological relatives she knows. I thought about that with Maribeth, because though it’s her heart attack that seems to drive her search for her birth mother, really, it’s the birth of her twins that forced these buried questions to the surface.

BR: Who are some contemporary writers that inspire you?

I’m inspired by anyone who takes risks in their work whether it be by changing it up every book, like say Lauren Groff or Colson Whitehead, or doing something structurally daring, like say, oh, Lauren Groff or Colson Whitehead again. When writers inspire me, it’s less that I want to do what they are doing—I couldn’t even if I wanted to—but more I want to follow their lead and be fearless on the page.

I’m working on a young-adult novel. It’s one I’ve been trying to write for years and the missing piece finally came to me. 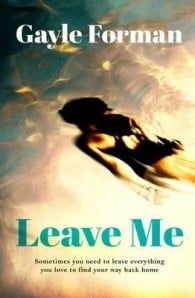 An unflinching portrait of a woman confronting the joys and sorrows of marriage, motherhood and friendship. Meet Maribeth Klein, a harried working mother who is so busy taking care of her husband and twins that she doesn’t even realise, working late one evening, that she has had a heart attack.Afterwards, surprised to discover that her recuperation seems to be an imposition on those who rely on her, Maribeth does the unthinkable – she packs a bag and leaves. Far from the demands of family and career, and with the help of new friendships, she is finally able to own up to the secrets she has been keeping from herself and those she loves.With bighearted characters who stumble and trip, grow and forgive, Leave Me is about facing the fears we are all running from. Gayle Forman has written an irresistible novel that confronts the ambivalence of modern motherhood head on and asks, what happens when a grown woman runs away from home? 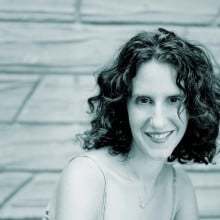 Gayle Forman is an award-winning, New York Times-bestselling author of Just One Day, Just One Year, Where She Went, and If I Stay, among others. 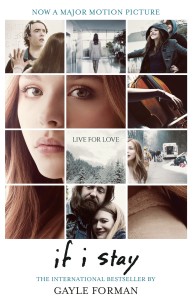 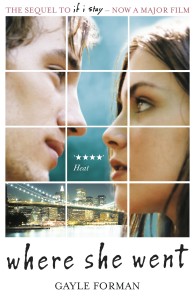 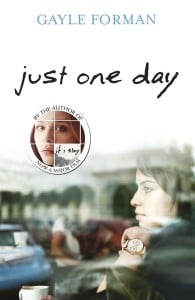 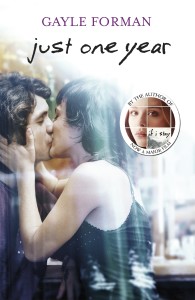 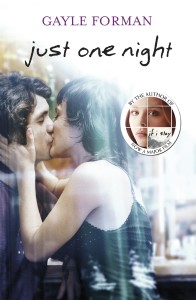 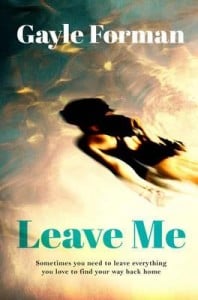