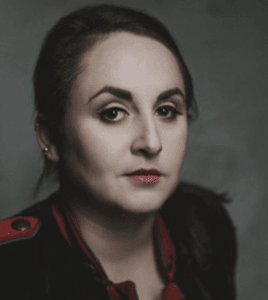 Nino Haratischvili was born in Georgia in 1983, and is an award-winning novelist, playwright, and theatre director. At home in two different worlds, each with their own language, she has been writing in both German and Georgian since the age of twelve. In 2010, her debut novel Juja was nominated for the German Book Prize, as was her most recent Die Katze und der Generalin 2018. In its German edition, The Eighth Life was a bestseller, and won the Anna Seghers Prize, the Lessing Prize Stipend, and the Bertolt Brecht Prize 2018. It is being translated into many languages, and has already been a major bestseller on publication in Holland, Poland, and Georgia.

Your latest book, The Eighth Life is described as a monumental family saga spanning six generations between 1900 and the present day, set in Georgia, Moscow, London and Berlin. Can you tell us a bit more about the book?

Yes, it is a family saga about the Georgian Jashi family —-beginning with a rich confectioner, who invents a ‘magic’ but dangerous hot chocolate that nobody can resist — but it is told from the present perspective. The fifth-generation member Niza is telling the whole story of the century and her family to her youngest family member: her 14-year-old niece Brilka, hoping that she is going to break the curse of ‘the red century’ and start anew; a new life, in which she is able to live an independent and happy life, a life free of violence and oppression. Most of the characters in The Eighth Life are female, there are also a lot of equally important male characters, but for me it was important to tell the history from a rare perspective: the female one. I also tried to make the history of the bloody 20th century ‘feelable’ through the personal stories and experiences of the Jashi family.

It is an incredible 944 pages. How long did it take to write?

It took me four years. But I never planned for the story to become so huge and widespread. In the beginning I wanted to focus on the 1990s — a difficult, harsh and lifechanging period in Georgia, one I also experienced as a child and teenager. But it was difficult to start with the ending, this decade was a kind of final point of the whole Georgian century. In that period Georgia ended the Soviet dictatorship and become independent, but at the same time civil wars and economic chaos started. So, somehow I understood – I had to start earlier and I began researching and then I discovered so many things, so many terrible and wonderful things, and everything seemed somehow connected, part of a huge context – so I felt kind of obliged to dig deeper and discover more and more and share it with the readers.

Der Spielgel calls The Eighth Life ‘The novel of the year.’ You are being called one of the most important voices in contemporary German literature. Obviously you didn’t spend each day writing with this praise in mind… Tell us about your personal, daily writing process.

I need a writing routine. I hate to start and then be forced to have a break, come back to reality. So I need a quiet place and a total isolation for some hours. But I’m not as disciplined as one could think, I never force myself to write for a specific number of hours. Sometimes I write for six, seven hours, sometimes only two. But even if it doesn’t work so well on that day, it is important to go on and not to have a long break. I find it very hard to get the right mood back – after being interrupted for a while.

Since I’ve become a mother – I need to organise myself much better to find a balance between working and family life. But I guess it is a challenge every working mum is faced with…

One day I realised that all I know about twentieth-century history is from the Western perspective, even though I was born and raised in the final phase of the Soviet Union. For example, I knew much more about Nazis than about the Communists. And I had a lot of questions regarding the present.

You’re also a playwright, and theatre director. Do you write your novels with the theatre in mind at all?

No, not at all. Theatre is a specific world with its own form language and rules. And I don’t think about staging my novels while working on them. (Of course it is completely different when I write plays.) But my background is  theatrical and for me it is really important to create characters with ‘flesh and blood’ as the Germans say. I love to write dialogues, because as a reader I also want to hear the characters speaking by themselves and not only the voice of the writer. I try to disappear completely as an author behind my characters.

I guess I’m much more inspired by the cinema. I often see scenes as movie scenes when I write them. A Masterpiece: Read an Extract From The Eighth Life by Nino Haratischvili You Need to Read This Book: Review of The Eighth Life by Nino Haratischvili 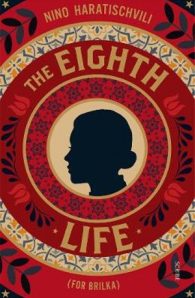 ‘That night Stasia took an oath, swearing to learn the recipe by heart and destroy the paper. And when she was lying in her bed again, recalling the taste with all her senses, she was sure that this secret recipe could heal wounds, avert catastrophes, and bring people happiness. But she was wrong.’At the start of the twentieth century, on the edge of the Russian Empire, a family prospers. It owes its success to a delicious chocolate recipe, passed down the generations with great solemnity and caution. A caution which is justified: this is a recipe for ecstasy that carries a very bitter aftertaste …Stasia learns it from her Georgian father and takes it north, following her new husband, Simon, to his posting at the centre of the Russian Revolution in St Petersburg. Stasia’s is only the first in a symphony of grand but all too often doomed romances that swirl from sweet to sour in this epic tale of the red century.Tumbling down the years, and across vast expanses of longing and loss, generation after generation of this compelling family hears echoes and sees reflections. Great characters and greater relationships come and go and come again; the world shakes, and shakes some more, and the reader rejoices to have found at last one of those glorious old books in which you can live and learn, be lost and found, and make indelible new friends. 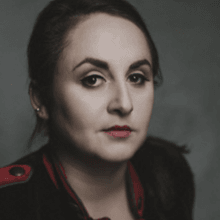 Nino Haratischvili was born in Georgia in 1983, and is an award-winning novelist, playwright, and theatre director. At home in two different worlds, each with their own language, she has been writing in both German and Georgian since the age of twelve. In 2010, her debut novel Juja was nominated for the German Book Prize, as was her most recent Die Katze und der General in 2018. In its German edition, The Eighth Lifewas a bestseller, and won the Anna Seghers Prize, the Lessing Prize Stipend, and the Bertolt Brecht Prize 2018. It is being translated into many languages, and has already been a major bestseller on publication in Holland, Poland, and Georgi 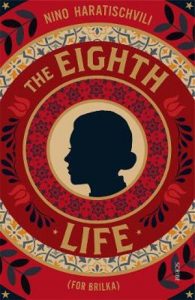