The Lost Women of History

They were the ‘drover’s boys’ — women dressed as men for protection. They were women who ran farms when men went droving in the drought, or to war, or hunted elusive riches on the goldfields.

They were the 3,000-strong operatives of La Dame Blanche, the largest and most successful espionage and sabotage organisation in World War I. They were female spies and resistance leaders in World War II, when every British male agent had been captured or killed and those in charge finally realised that able-bodied men are conspicuous in wartime.

It took nearly 50 years for NASA to acknowledge that a man could not have walked on the moon without the female software engineers and mathematicians who worked alongside the men. The female code breakers and intelligence officers of World War II have still had little recognition.

These are the women I put back into history in my books in the Matilda saga, the history of our nation seen through the eyes and actions of women, and the Miss Lily series, beginning in 1912, when a woman could exert political power only through men, ending next year with an ‘epilogue’ set in 1972, when women began to take equal pay and conditions as their right, not a gift.

Pick any time in history — women will almost certainly have been there, from the Eureka stockade to the wives who loaded their husbands’ firearms from the American Revolution to Waterloo, or the naval wives who accompanied their husbands on expeditions or even into battles. But they are usually not mentioned.

Read any official history of World War I and you will find relatively few women officially mentioned, perhaps only nurses or those working for the Red Cross. But in the diaries and letters of the men there, you will find hundreds of thousands of them: the girls who bought their own ambulances, driving to where the fighting was fiercest, picking up the wounded, taking them to the aid stations, then going back again. Most ‘hospitals’ were private houses, from mansions to those of the middle classes, or unofficial hospitals set up by teams of women from England, France, Australia and the USA. Women set up distribution centres for refugee relief and war orphans, canteens and the vital food parcels that literally kept men alive.

Australians call Henry Parkes the ‘Father of Federation’. But for every speech Parkes gave, there were 200 or more speeches given by the women of the temperance and suffrage leagues, who saw a new Federal parliament not just as a chance for female franchise, but to make laws against chid labour, removing 9-year-olds from factory floors where they were paid little, or simply fed instead of being paid, slept on dirt floors or in doorways, and died never seeing the sun in smoke-drenched slums.

Stroppy, determined and armed only with hat pins, those women stood outside the pubs till enough drunk men signed their petitions to get the referendums needed for Australia to become a single nation.

Why has the role of women been so long ignored? Partly because their roles were usually not official; partly because acknowledging they were desperately needed meant admitting men could not do the job. Mostly, until recently, men were simply expected to be best at everything — except nurturing.

I come from a time when in my youth where I was paid $19.50 a week, not the male wage of $166, for the same job; when married women could not be teachers or permanent public servants; when many apprenticeships were closed to women; when even after anti-discrimination legislation was brought in, the glass ceiling kept boardrooms sacrosanct.

The glass ceiling has cracked now. Our daughters expect not just ‘help’ but partnership in house and childcare. They know that any role can be open to them — as long as they are just a little better than their male competitor. We have fought for a fairer ‘today’ and our granddaughters will have an even stronger future.

It is time to recognise the extraordinary women of the past. Their example will give our granddaughters — and grandsons — the courage to face whatever challenge may be thrown at them. 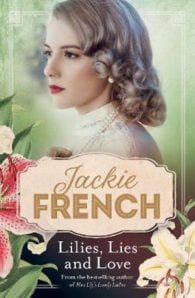