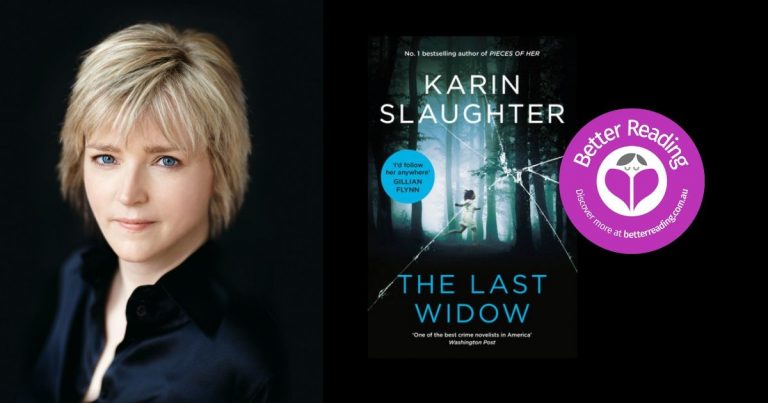 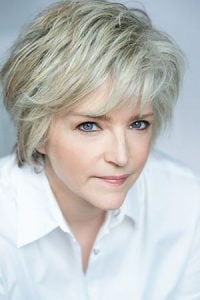 Karin Slaughter is one of the world’s most popular and acclaimed storytellers. Published in 120 countries with more than 35 million copies sold across the globe, her nineteen novels include the Grant County and Will Trent books, as well as the Edgar-nominated Cop Town and the instant New York Times bestselling novels Pretty Girls, The Good Daughter, and Pieces of Her. This summer, Slaughter returns with her latest Will Trent instalment, The Last Widow. Slaughter is the founder of the Save the Libraries project-a nonprofit organisation established to support libraries and library programming. A native of Georgia, Karin Slaughter lives in Atlanta. Her standalone novels Pieces of Her, The Good Daughter and Cop Town are in development for film and television.

The Last Widow is a book about a cult. What made you drawn to this subject matter?

I’ve always been fascinated by cults. It probably originated with two of the seminal books of my childhood—Helter Skelter by Vincent Bugliosi and The Stranger Beside Me by Ann Rule. Helter Skelter is about Charles Manson, and he obviously led a bona fide cult in the way we tend to think about cults. The Stranger Beside Me is about Ted Bundy, and I think he was like a kind of cult leader too. When he was initially caught, so many people thought he couldn’t be the culprit because he was so charming. He fooled everybody. That’s what interests me.

In writing the book, what did you discover about cult leaders?

When you look at cult leaders: David Koresh, Rajneesh, Ted Bundy, Dash in The Last Widow, and also politicians: Clinton, Obama, Trump (depending on your viewpoint), the key uniting factor is a certain type of charisma. We can put these folks into good or bad categories, but the fact is, they have the ability to develop a cult-like following that sees no wrong in anything they do.  But then to really lead a cult, the leader has to find people who are susceptible to being led—it’s almost a kind of hypnosis. And I’ve often thought that real cult leaders are a bit like predators; they figure out what people need and give it to them.

Part of the book takes place inside the Center for Disease Control. How did you research this?

I was lucky enough to be able to visit the CDC itself, which is on the Emory University campus (Atlanta, Georgia). Everything Faith does in the book I had to do too—they asked me if I had any weapons to check (I didn’t), they sent dogs under my car to sniff for explosives. The control room was what I imagine NASA is like.

What do the CDC do?

A big part of their job is food safety. They also have “disease detectives” who go all over the world and figure out how and why people are getting sick. They’ll go to West Africa to track Ebola, they’ll go to Puerto Rico after a flood and advise on how and where cholera could spread. They also have quarantine stations around the country to try to prevent biological attacks, and they track natural disasters too.

How likely is an attack like the one that occurs in The Last Widow?

The CDC has been gaming out all kinds of horrible things from the beginning.  Natural disasters, terrorist attacks both foreign and domestic. They try to prepare for every scenario, and they train to respond to it in the best way possible. What are the early signs of an attack?  What message would they use to control hysteria?  Would water facilities be safe?  Who would be in charge of the police structure?  How soon everything would fall apart?  But the reaction would be so instantaneous, it would get de-railed pretty quickly. There is hope for the world yet! 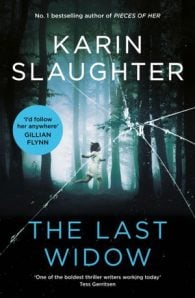 New York Times bestselling author Karin Slaughter brings back Will Trent and Sara Linton in this superb and timely thriller full of devious twists, disturbing secrets, and shocking surprises you won't see coming.A mysterious kidnappingOn a hot summer night, a scientist from the Centers for Disease Control is grabbed by unknown assailants in a shopping center parking lot. Vanished into thin air, the authorities are desperate to save the doctor.A devastating explosionOne month later, the serenity of a sunny Sunday afternoon is shattered by the boom of a ground-shaking blast-followed by another seconds later. One of Atlanta's busiest and most important neighborhoods has been bombed-the location of Emory University, two major hospitals, the FBI headquarters, and the CDC.A diabolical enemyMedical examiner Sara Linton and her partner Will Trent, an investigator with the Georgia Bureau of Investigation, rush to the scene-and into the heart of a deadly conspiracy that threatens to destroy thousands of innocent lives.