Mum and I: Nikki Gemmell reflects on the complexities of her mother You know, it feels like transgression to say what I am going to say: My mother was the love of my life, but she was also the hate of it. She knew my Achilles heel like no one else, and oh my God she went for it. No one could fell me like her. Reduce me, crush me, so that at times I was that little girl in her presence, even well into my forties. The little girl who just wanted the relief of love. The gift of attention. Even in middle age my life was held hostage to my mother’s unpredictable moods and whims. I feel terrible writing this but it was the truth of our relationship.

Was, I say, not is. Because my elderly mother killed herself – euthanised herself – 18 months ago. I have written about her actions and the complicated relationship between mothers and daughters in my new memoir, After. It’s a love letter to a difficult woman. It’s a journey into acceptance, and peace, and release. It’s written with eviscerating, heart-in-mouth honesty. It feels terrifying and strong to have been so open about our relationship, but it also feels right. To say what needed to be said. To show how I eventually hauled myself clear from the weight of our relationship.

Don’t get me wrong, there was great love between us too, and I certainly wasn’t blameless. But I loathed my mother’s attempts to mould me; rebelled against her furious desire for the perfect daughter I could never be. Yet I craved a perfect mother too, who would give unconditional love. We were broken by this desire for perfection in each other. Margaret Thatcher said once that from the age of 15 she had nothing more to say to her mother – and I felt that too at times; that from my mid teens onward I turned from my mum’s world with judgement and indifference and derision. I didn’t want her choices. Didn’t respect her path. That was wrong. In hindsight, so wrong. We all have untidy lives.

Sometimes between my mother and I there was the piracy of silence. It always felled me. Held my life hostage until the ridiculous, pointless stalemates were broken. For example, every birthday throughout my adult life I’d wonder if mum would actually contact me. Sometimes she did, with effusive love; but so many other times she didn’t. It would be because of some ridiculous, draining slight or huff and I’d never know what mother I’d get on the day. Even her tone when I’d ring was telling; her “hi Nikki” on the end of the line would inform me instantly whether I was in her good books or not. What had I done now? When would the ridiculous withholding end?

My journals, from the age of 14 onwards, record all the anger and bewilderment over such a complicated maternal bond. As a child my mother told me she wished I was like the pretty, popular girls in my class; that they were her daughters instead. As a teenager that she wished I didn’t wear glasses because they made me look so ugly. As an adult that if she had her time over again she never would’ve had kids. She was an un-maternal mother to me, and I learnt through bitter experience, in adulthood, that these kind of women do actually exist.

My mother, my home-born enemy. Yet the ironic thing was, it was just like the old nursery rhyme: when we were good we were very, very good but when we bad we were horrid. We were two wary women constantly circling each other, but also coming together at other times with great joy and chuff. No one was a greater sounding board. It was a constant rollercoaster of emotion, nourishing then depleting, exhausting then buoying. Yet we travelled well together, liked the same kind of movies, ate the same kind of foods, had the same bedtime routines. Loved having a cackly old gossip with each other. But then, but then, there’d be the pained judgement or silence, like a cloud, that would descend yet again. I just wanted the evenness of her love more than anything.

This is taboo: when my mother was alive I wished her dead at times; wished for the relief of it, the release. How wrong I was. There was no release at her death, only a tightening of the grip. Writing is a response to a wound of the heart, and the pen is a furious balm. And so I wrote this memoir about mothers and daughters, and about a journey into the light.

I wrote about accepting my mother, finally, for the difficult yet magnificent woman she was. She was complex, but aren’t we all? She had cruelties within her, but don’t we all? She wasn’t evil, or bad, or wicked – she was just a woman. A contradictory, wounded, thinking, empowered, impetuous, mighty, vulnerable, articulate woman. Who chose, most often, a fighter’s path. Most magnificently.

Mum and I matured together in her final year, and had the best year of our lives. We both let go, loosened, and realised that the constant heart-flinch we inflicted on each other just wasn’t worth it. It was exhausting and ridiculous. Such a waste of time and energy, and love. As I age my heart is growing young. Because my anger over my mother – anger that’s fuelled and swamped my entire life – is now snuffed.

If I could have just one minute with her now, just one more minute, I’d tell her how much I loved her throughout my entire life. How grateful I am for all she did for me, and for how she shaped me. I hold the complicated memory of her, and everything she did for me, in the fist of my heart. When anything interesting happens I want to tell her, still. I want to tell her this, all this, so much. And so I wrote a book.

Purchase a copy of After here, or read the Better Reading review to find out why we loved it so much 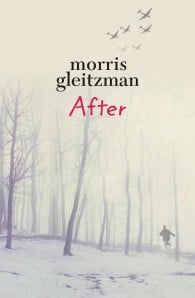 After the Nazis took my parents I was scared After they killed my best friend I was angry After they ruined my thirteenth birthday I was determined To get to the forest  To join forces with Gabriek and Yuli  To be a family To defeat the Nazis after allAfter is the latest instalment in the internationally best-selling series following the adventures of a young Jewish boy in World War Two (following on from Once, Then and Now). In the fourth part of Felix’s story, he faces perhaps his greatest challenge – to find hope when he’s lost almost everything, including his parents. As Europe goes through the final dramatic stages of the war, Felix struggles to reconcile hatred and healing. He’s helped by a new friend, but if he should lose her as well ... 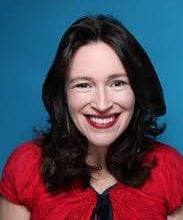 Nikki Gemmell has written four novels, Shiver, Cleave, Lovesong, The Bride Stripped Bare and The Book Of Rapture, and one non-fiction book, Pleasure: An Almanac for the Heart. Her work has been internationally critically acclaimed and translated into many languages.In France she's been described as a female Jack Kerouac, in Australia as one of the most original and engaging authors of her generation and in the US as one of the few truly original voices to emerge in a long time.Born in Wollongong, Australia, she now lives in London. 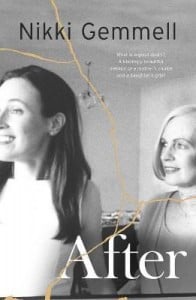 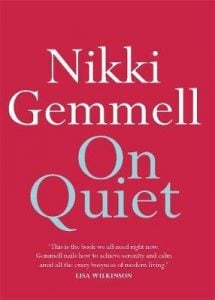