Spending Time with a Story Brings a Great Sense of Satisfaction: Q&A with Kaneana May, Author of The One 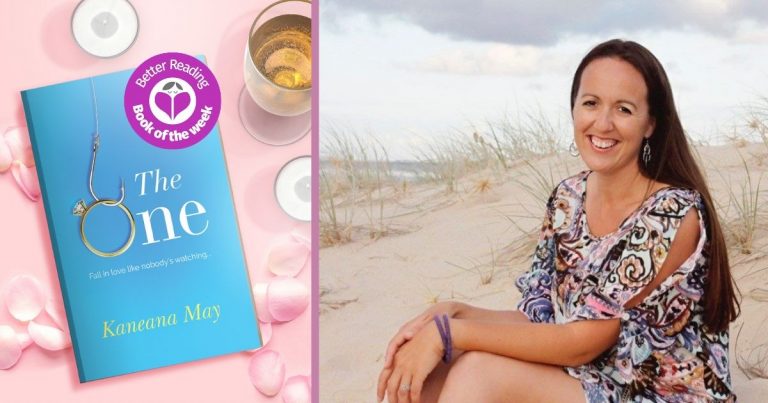 Kaneana May studied television production at university, graduating with first-class honours in screenwriting. She went on to work in television, including roles as a script assistant on All Saints, a storyliner on Headland and a scriptwriter on Home and Away. Since becoming a mother, Kaneana has turned her attention to fiction 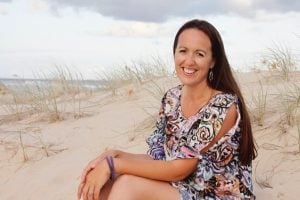 writing. Kaneana loves to read—mostly YA, romance and women’s fiction—and also loves watching TV and films. Writing, boot camp, coffee, chocolate and champagne are just some of her favourite things. Kaneana lives on the Mid North Coast of New South Wales with her husband and three children.For more about Kaneana, check out www.kaneanamay.com or join her over on Facebook or Instagram where you’ll see her sharing loads of her life, loves, and writing.

Your novel, The One, is a very modern love story. Can you tell us a bit more about it?

The One centres around a reality TV dating show. The story intertwines the lives of three women: a producer, a contestant and an occasional viewer in their pursuit to not only find themselves, but their happily-ever-afters along the way.

Behind the scenes Darcy Reed is a young producer. She’s chasing a promotion, dealing with the relentless demands of the show whilst also struggling to keep her own relationship afloat. Can she have it all – the promotion and the proposal?

Bonnie Yates is on the wrong side of thirty and desperately wants her happily-ever-after. When her high school sweetheart returns to town, history and temptation collide, but her ex has a fiancée in tow and Bonnie finds herself an unlikely contestant on The One. Will she be able to find love on a reality dating show?

Penelope Baker has relocated to a small seaside town to hide away with her secrets and nurse a broken heart. But with The One beaming across the nation’s televisions, she can’t seem to escape the life she left behind…

Before cameras roll on the final ceremony, all three women discover just what they’re willing to do in pursuit of the one.

Like so many across the nation, I love to tune in to a reality television show. Friends in my local hometown have loosely formed a ‘Bach Club’, where we get together with champagne and cheese to watch season premiers, finales or anything in between. On nights we can’t meet in person, my phone chimes as we commentate on what’s happening on screen. Inspiration for The One was sparked after conversations with such friends about the production of these shows. Most viewers at home don’t think about the camera, lighting and sound guys, all of whom are only steps away from the ‘stars’. They don’t think about the producers handing the contestants flutes of champagne as they encourage them to approach the love interest or confront another contestant. And many probably don’t consider the editor, who splices pieces of film together to keep the pace of the drama exciting (not to mention the use of slow-motion or surging music). The whole production is an art; one I appreciate for all the elements involved. I started thinking about what it would be like to work on such a show and before I knew it, the character of Darcy Reed, a young producer eager to work her way up the ladder but torn by moral dilemmas, kept spinning around in my head.

You’re a screenwriter. How did that skill help you writing your debut novel?

I feel very fortunate that after studying television production at university, I worked in the script departments of All Saints, Home and Away and Headland. The story tables were led by some of the best in the business. I was taught the craft of plotting for television. From the plot points that were brainstormed in the story room, I learnt how to write scene breakdowns, which are an extension of the story beats. This was a great skill to learn for fiction writing. Each scene needed a purpose and we needed to identify why the scene was needed and how it was moving the story forward. This became ingrained in the way I write fiction. I constantly ask myself why is this scene necessary? What is it revealing about the plot, character, or their relationships?

One of the biggest elements I learnt about story comes down to story structure, especially in terms of placing strong and dramatic scenes on commercial breaks so that the audience will keep watching. I was working in television in a different era; people watched television when it was aired along with those annoying commercial breaks. It was vitally important to make sure the viewer stayed around to see what happened ‘after the break’ and didn’t switch to a new show. I hope that I was able to use these pacing techniques in my fiction novel. I tend to write shorter chapters and try to end them in a way that will make the reader want to keep reading.

You have young children. How did you fit your writing schedule around them?

My writing schedule has changed since signing a deal for The One and I thankfully have more time dedicated to it. However, when I was writing the manuscript for The One,I had three kids under six (including an adventurous 2.5-year-old and a newborn). Looking back, I don’t know how I did it, but I know that writing has always been an escape for me. I find the newborn age quite difficult, and being a parent means that you’re always giving. You’re always thinking about them and doing things for them. Writing gives me something back. Spending time with a story brings a great sense of satisfaction for me. I started dedicating serious time to fiction writing when my firstborn was about seven months old. I used his sleep times as writing time. I was precious about guarding my writing time and it soon became routine. It became part of my everyday life.

When my children stopped day sleeping (way too early for my liking), I wrote when they were having some television time or when they were asleep at night. Some days I get nothing done and I just have to accept that I’m a wife and a mum to three young kids. But writing is important to me, so I’m sure I’ll make time for it whenever and however I can.

A novel about three women (yes, again). It has the working title The Lavender House. In brief:

Wellness and a natural approach to health brought Olive, Elsie and Bree together. They formed a small business, Healing Hands, and over the last five years they’ve become more than business acquaintances, they’ve become family. With the business growing, it’s time to expand. They find an old federation house with sweeping verandas, leadlight windows and a garden demanding attention. It’s the perfect place for their business to grow, but they don’t count on their personal lives getting in the way…

On the wrong side of thirty, Bonnie Yates wants a happily ever after. Problem is, she keeps choosing the wrong guys. When an ex returns to town with a fiancee in tow, history and temptation collide. Unable to shake her inappropriate feelings, Bonnie flees, becoming an unlikely contestant on popular dating show The One. Will she find what she's looking for? Working behind the scenes, Darcy Reed is a driven young producer dealing with a tyrant of a boss. Despite being surrounded by love at work, her own love-life with long-term boyfriend Drew is floundering. Producing a flawless season is her best chance at a promotion. But with the unrelenting demands of the show, how will she save their relationship while making that shot? Penelope Baker has relocated to a small seaside town to hide away with her secrets and nurse a broken heart. But with The One beaming across the nation's televisions, she can't seem to quite escape the life she left behind. Before cameras roll on the final ceremony, all three women will discover just what they're willing to do in pursuit of the one... 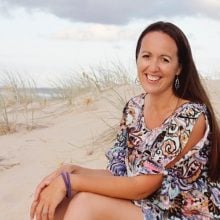 Kaneana May studied television production at university, graduating with first-class honours in screenwriting. She went on to work in television, including roles as a script assistant on All Saints, a storyliner on Headland and a scriptwriter on Home and Away. Since becoming a mother, Kaneana has turned her attention to fiction writing. Kaneana loves to read—mostly YA, romance and women's fiction—and also loves watching TV and films. Writing, boot camp, coffee, chocolate and champagne are just some of her favourite things. Kaneana lives on the Mid North Coast of New South Wales with her husband and three children.

Books by Kaneana May 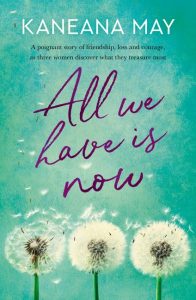 All We Have Is Now