The Mysterious, Liberating Joy of Wild Nature has Always Fascinated Me: Q&A with Patti Miller, Author of The Joy of High Places Patti Miller is an award winning writer as well as tutor and mentor of other writers. She is the author of 8 books – non fiction, memoir and fiction as well as writing texts – published by UQP, Random House and A & U. She is also included in three collections and has contributed articles, essays, stories and interviews to numerous literary magazines and newspapers, including 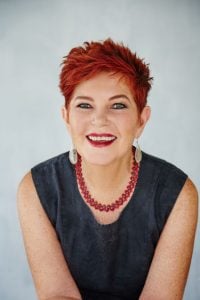 In 1991 she founded Life Stories Workshop and since then has offered non-fiction and fiction classes, focussing on autobiographical writing around Australia and in Fiji, Bali, London and Paris.

Patti began her studies at the University of Auckland in 1977. She transferred to UTS in Sydney where she was awarded a BA (Communications) in 1981, majoring in Writing, Literary Studies and Radio Production. She studied one year of an MA at the University of Sydney, then completed her MA (Writing) in 1995 at UTS.

The Joy of High Places is described as soaring memoir of longing, resilience and delight in the natural world. Can you tell us a bit more about the book?

The Joy of High Places is both memoir and narrative non-fiction. It tells the story of my long-distance walking, (up to 500km at a time) mostly in Europe, interwoven with the story of my brother learning to walk again after breaking his spine while paragliding. My brother and I had rarely seen each other over the years; we thought we had nothing in common, but through our shared love of the wild (and sometimes dangerous) natural world, we finally ‘met’ and understood each other for the first time since childhood. It’s a story of physical adventure and struggle written with insight into why we extend ourselves and why we take risks. It’s an emotional story of two unlike siblings who hardly know each other but connect for the first time through sharing their stories. It is also a celebration of the joy of wild places and of the creative impulse to make stories and patterns out of our lives.

What inspired the idea behind this memoir?

At first I decided to write about my own long-distance walking to share its joys and challenges – and also to answer the mystery of why it mattered so much – but then I realised I wanted to include my brother who had been told he may never walk again after smashing his spine. Through astonishing determination and courage, he taught himself to walk, struggling to take one slow, agonising step at a time. For him, walking was a necessary act to reclaim his old life, a long, painful journey lived in minutes and hours, in stark contrast to my delighted walking, covering hundreds of kilometres along ancient paths and through wild forests and over steep mountain ranges. I decided to tell his remarkable story of walking alongside mine and discovered how our mutual love of ‘the joy of high places’ connected us and brought us together. I also become fascinated with the philosophy, history and mythology of both walking and flying and wanted to explore the longing for transcendence in nature that so many people experience. 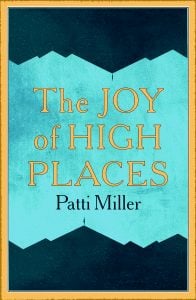 The human longing for the mysterious, liberating joy of wild nature has always fascinated me. So much of art, literature and music originate from this longing, but even on a daily level, most people love to have a break in the beauty of nature. And yet we live in a time when the natural environment is shrinking and climate change is threatening our very existence. So, I hope people will come away from this book firstly, inspired by the desire to spend more time in the natural world and a fierce commitment to protecting it, and secondly, inspired by the feeling that we can connect to other people deeply in a shared love of the natural world. It’s for people who like travel writing, nature writing and memoir.

Can you tell us about one highlight of your journey?

Just one? That is so difficult! But I’ve decided on one day on the ‘Tour de Mont Blanc’ in the Swiss Alps where Switzerland, Italy and France meet. I had been trudging upwards through deep snow for several hours after leaving our overnight chalet in a blizzard, and was now at seven and a half thousand feet, in a blue sky, already higher than the highest mountain in Australia, gazing at snow-covered Mont Blanc. I had faced life-threatening danger crossing a snow slope above a torrent and been terrified, but now I was filled with elation. I wrote: ‘An eagle, two eagles, circled across the valley below me. The white peaks and ridges were cut-outs against the brilliant blue…. I was as tall as the mountain, my soul was in the sky…’ It was an extraordinary experience of sheer joy – one highlight amongst many.

Do you still walk, or have plans for another long journey like this?

Oh yes! I often think I would like to walk for the rest of my life, right across continents. My next long walk is in September this year along the Robert Louis Stevenson Way in France, named after the English writer who wrote ‘Travels in the Cevannes With A Donkey’. It’s a 270km walk across the Massif Centrale from Le-Puy-en-Velay to Alès in the Cevennes. Next year I’m thinking of walking along the southern Turkish Coast. I like to walk in areas where there are villages along the way because I don’t want to carry a tent and stove and bedding – I like the feeling of just carrying a small pack and staying in a medieval village along the way.

When I’m working on a book, I work from 9am – 2pm, with a coffee break somewhere in there. I look at what I have written the day before and then write new material, although some days I am researching and taking notes. At the moment I am writing articles and personal essays, which I always do when a book is being published. I can’t concentrate on a new book when the one before is still being ‘born’, so I enjoy writing shorter pieces for a break for about a year. I will start a new book in 2020 – but I’m not sure what it will be about yet. 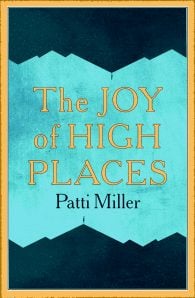 A soaring memoir of longing, resilience and delight in the natural world.In this extraordinary and unexpected book, Patti tells the story of her own long-distance walking over hundreds of kilometres in Europe and of her brother’s obsession with paragliding.As adults, a tragic accident changes their relationship. One day, Barney’s wing collapses and he plummets to earth, breaking his spine. The story of his struggle to walk again intersects Patti’s long-distance journeys, creating an intense narrative of determination and triumph.For Patti, walking is a radical act – a return to what has made us all human — that bestows a connection to wild nature and to creativity it self. But as she listens to her pragmatic and methodical brother tell his story, she learns that flying is his door to untrammelled joy too. She realises that she is ‘meeting’ him for the very first time.This beautiful and inspiring book tells their story and reveals that the siblings share a willingness to take risks and an indefatigable determination. With rare insight and poetic writing,The Joy of High Places combines physical adventure with a powerful emotional journey. 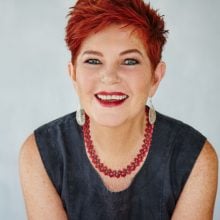 Patti Miller is an award winning writer as well as tutor and mentor of other writers. She is the author of 8 books – non fiction, memoir and fiction as well as writing texts – published by UQP, Random House and A & U. She is also included in three collections and has contributed articles, essays, stories and interviews to numerous literary magazines and newspapers, including Southerly, Mattoid, H.Q, The Melbourne Age, The Australian, Good Reading Magazine, SMH’s The Good Weekend, SMH’s Spectrum, The Guardian (UK), Asia Literary Review, Christchurch Press, Island, Art Monthly, Eureka St, Look, Mama Mia, SA Weekend Magazine, Adelaide Advertiser, Bonjour Paris, Brisbane Courier Mail and Meanjin.Patti Miller began teaching Writing at University of Technology Sydney in 1984 and then Writing and Literary Studies at University of Western Sydney the following year.In 1991 she founded Life Stories Workshop and since then has offered non-fiction and fiction classes, focussing on autobiographical writing around Australia and in Fiji, Bali, London and Paris.She has taught memoir classes for the Faber Academy in Sydney and London; Australian Writers’ Centre, Sydney and Melbourne; Writing NSW; Writers’ Victoria; Varuna Writers’ House; Queensland Writers’ Centre; Northern Territory Writers’ Centre; Writers SA, Continuing Education University of Sydney, University of Adelaide and for numerous other writers’ centres and community organisations around Australia. She has been teaching Memoir Writing in Paris since 2005.Patti began her studies at the University of Auckland in 1977. She transferred to UTS in Sydney where she was awarded a BA (Communications) in 1981, majoring in Writing, Literary Studies and Radio Production. She studied one year of an MA at the University of Sydney, then completed her MA (Writing) in 1995 at UTS.

The Joy of High Places