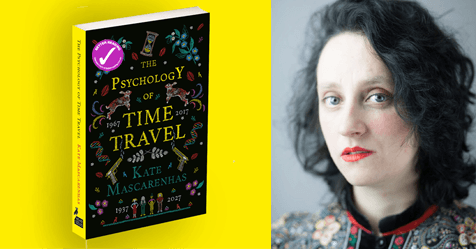 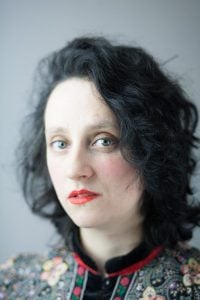 Read our review of The Psychology of Time Travel here

Read an extract of The Psychology of Time Travel here

The Psychology of Time Travel contains a glossary of time travellers’ slang which was a particular pleasure to devise. I came up with Zeitigzorn to describe anger at a person for things they won’t do wrong for years. Emus are people who don’t time travel, and thus pass through time in a single direction (emus are unable to walk backwards). A Liebestod is a trip to see a lover on the day they’re scheduled to die.

The glossary was an opportunity for humour, but there was also a serious intent behind it. Barbara, one of the pioneering scientists who invents time travel, is cut off from her colleagues after a nervous breakdown. Much of the murder mystery that follows is concerned with who is permitted into the elite group of time travellers, and who is excluded. Language has a part to play in this exclusion. The time travellers have a strong group identity and their use of a shared slang helps reinforce it; these are not words used by the person on the street.

Concerns around language and expression surface repeatedly in the novel. Grace, one of Barbara’s fellow scientists, goes to great lengths to obscure her background, but her colleagues remark on her “wincingly non-U” accent. Barbara’s daughter, Dinah, cries in Konkani when she is distressed but her own daughter Ruby doesn’t understand the language because they have always used English. Odette, the aspiring detective trying to solve the murder plot, is a Seychellois migrant who came to Britain as a child. Although she spoke Kreol in her early years, her parents encouraged her to forget it in England in the hope of fitting in more easily.

While I was writing, issues of migration and losing languages were at the forefront of my mind. I’m of mixed heritage—my father was a white Irish man, and my mother is a brown British woman of Seychellois descent. My father was a fluent Irish speaker and when I was a small girl he encouraged me to learn the basics, with negligible success. Recently I downloaded an Irish GCSE paper, which is the minimum academic qualification available in the UK, and I was gratified to be able to answer most of the questions. Nevertheless I can’t hold a conversation in Irish. I’ve had no one to practice with; when my father died, my direct line to the community went with him, and face-to-face Irish lessons aren’t available where I live. But at least Ireland is next door. Unfortunately I can’t visit Seychelles so easily. Like Odette, my maternal grandfather was a Kreol speaker. I know about a hundred words and no grammar, partly because demand for Kreol learning resources in this country is low. Since writing The Psychology of Time Travel Seychellois readers have asked hopefully whether I speak Kreol, and it makes me sad to say no. It feels like a lack, a missed opportunity for connection—both with a particular community, and with a familial history. The difficulty of accessing one’s heritage (one’s past, if you will) seemed to make such issues particularly relevant to a story about who does, and who doesn’t, travel through time. 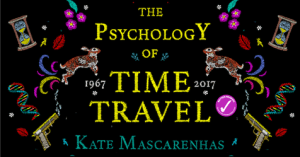 When I was a child I was a particular fan of “time slip” fiction – books like Tom’s Midnight Garden, Charlotte Sometimes and Moondial, which were mid way between time travel and ghost stories. Frequently the children in these books were travelling through time in search of a particular connection to history, but not all characters were given equivalent access. In Lucy M. Boston’s Green Knowe series, for example, the characters of colour do not have the same encounters with their ancestors as the white protagonist, whose family tree hasn’t moved from the same English manor house since the Norman conquest. When it came to writing my own time travel story, albeit one with a harder SF premise, the idea of who is cut off from their heritage continued to interest me. The Conclave, which is the institute that oversees time travel missions in the novel, is a self contained legal jurisdiction but is located on British soil. Britain has the monopoly on time machine fuel, and when sites are after many decades located abroad, it is in places of strategic importance to white British interests. Accordingly their lingua franca is English, with the occasional loan word from other European countries.

And yet the rules of time travel sometimes offer opportunities for employees to resist the linguistic dominance of English in the Conclave. All time travellers have something called an “acausal book” – a book of no discernible origin, which is exchanged between past and future selves in an eternal loop, and assumes supernatural significance for the owner. These books are always in the owner’s native tongue. Odette’s is in a parallel text of English and Kreol; though the Kreol is no longer comprehensible to her, receiving the book prompts her return to the language. I hope to follow her example. 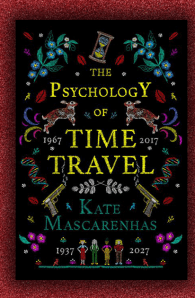 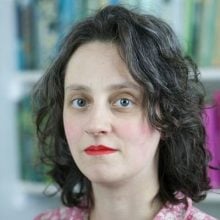 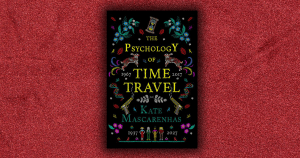 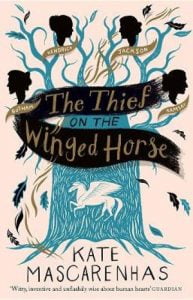