Leigh Hobbs and Jackie French at the Canberra Writers Festival 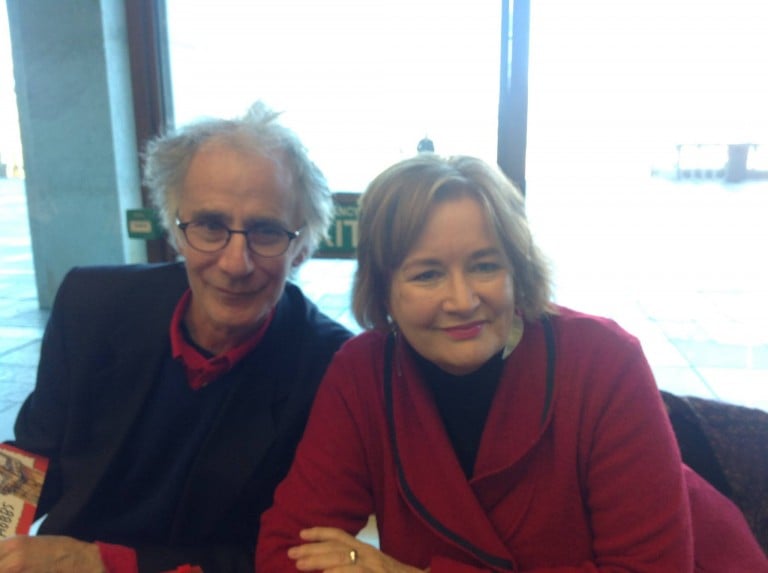 Better Reading Kids headed to Canberra last weekend to see two wonderful Australian authors: Leigh Hobbs and Jackie French! It was the first ever Canberra Writers Festival, and everyone was excited to be there and get involved at beautiful locations across Canberra, including The National Library and the Museum of Australian Democracy.
Jackie French was the Australian Children’s Laureate for 2014/15, and said it was a special experience, although it wasn’t quite like what she had expected. She became a beacon for kids, someone for them to reach out to.

Jackie also spoke about how important it is to just get kids reading, even if that involves a little bribery. She told a story about a teacher at a boy’s boarding school, who would give mugs of hot chocolate (with marshmallows) as a reward to any student who would read for just five minutes a night.  By the end of the term, she was receiving thank you cards from all the boys. Sometimes, a little bribe may be just the thing.

Jackie controversially declared that “most books are boring,” but don’t worry, she explains further. To any one reader, there are a lot of books out there that won’t be for them, that won’t interest them, that won’t speak to their particular passions. The trick is finding that magic choice that does. Leigh Hobbs, for example, loves to read a lot of non-fiction, especially about history and architecture. It may not be for everyone – but for him that’s the magic.

Leigh, who is the Australian Children’s Laureate for 2016 and 2017, told us about a young boy and his reading passions. Leigh was visiting a school and felt a tug at his leg. It was a kid who looked up and him and said: “what do you know about desert fox?” Hobbs knew it was the nickname for German Army officer Erwin Rommel, and the child eagerly took Hobbs to his locker to show him all the books he had about Rommel, saying “finally someone is interested!” It was a sad story, that no-one had shown any interest before, but also a lesson that what appears boring to some, is fascinating to others.

Both authors spoke at length about how crucial libraries and librarians are, and the unique role they play. Leigh and Jackie regularly visit schools all over the country, and see the effect that a great library has on a school community. The topic for their session was ‘Reading Changes Lives,’ and it was clear that the library is a place that helps make that happen. All in all, a wonderful conversation from two of Australia’s favourite writers for kids. 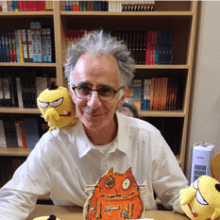 Leigh Hobbs works across a wide range of artistic mediums, but is best known for his children's books featuring Old Tom, Horrible Harriet, Fiona the Pig, the Freaks of 4F, Mr Badger and Mr Chicken. Old Tom is also a popular TV series, and Leigh has won every major Australian children's choice award. Mr Chicken Goes to Pariswas shortlisted for the Prime Minister's Literary Awards, is a bestseller at Paris's Louvre Bookshop, was adapted for the stage by NIDA, and was shortlisted for the CBCA Awards - as were Horrible Harriet and Old Tom's Holiday. Since childhood, Leigh's had a passion for art, architecture, classical music, English history, and he loves London, Paris and Rome as much as his beloved character Mr Chicken.Leigh is Australia's Children's Laureate for 2016 and 2017. Mr Badger and the Big Surprise 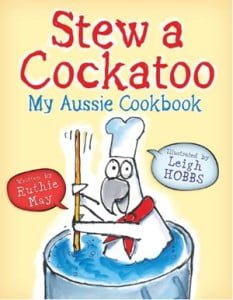 Stew a Cockatoo: My Aussie Cookbook 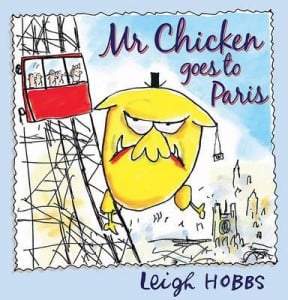 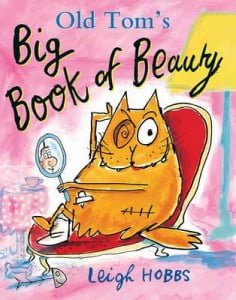 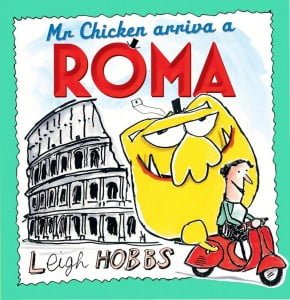 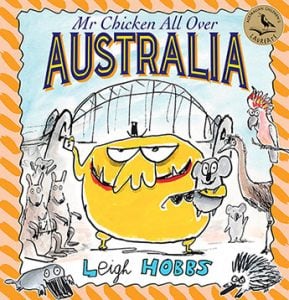 Mr. Chicken All Over Australia 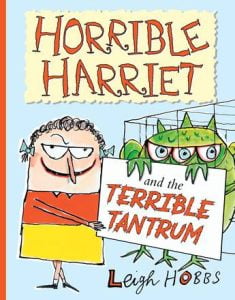 Horrible Harriet and the Terrible Tantrum