A Brilliant Psychological Thriller: Read an Extract from The Last Guests by J.P. Pomare He is anybody, everybody, nobody. A black jacket, blue jeans, baseball cap and black sneakers. That’s what the neighbours would see if they happened to glance out the window as he passed through the front gate and crossed the three metres of cobbled path to the front of the house. His heart is steady, his hand is still as he punches the code into the silver key safe bolted to the brick facade of 299 Hillview Terrace. Four-one-three-nine, then it falls open and he’s staring at a simple silver key and a long brass mortise key attached to a key ring in the shape of New Zealand.

He pockets the keys, pulls his hat lower and walks back to the rental car parked on the street. He opens the boot, retrieves two large suitcases and wheels them to the house.

He scans the entrance.

No cameras, no surveillance… A Darkly Riveting Psychological Thriller: Read our Review of The Last Guests by J.P. Pomare Your Preview Verdict: The Last Guests by J.P. Pomare Multi-Layered and Refreshingly Different: Read an extract from Call Me Evie by J. P. Pomare 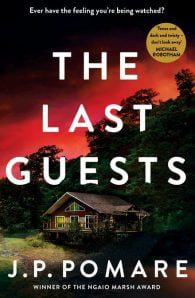 Lina and Cain are doing their best to stay afloat. Money has been tight since Cain returned from active duty, and starting a family is proving harder than they thought. Putting Lina's inherited lake house up for rent at weekends seems like the solution to at least one of their problems. The secluded house is more of a burden than a retreat, anyway, and fixing up the old place makes Cain feel useful for once. But letting strangers stay in their house might not be the best idea. Someone is watching - their most mundane tasks, their most intimate moments - and all the things Lina and Cain want to keep hidden will be exposed. A darkly riveting psychological thriller from the bestselling author of Call Me Evie, In the Clearing and Tell Me Lies. 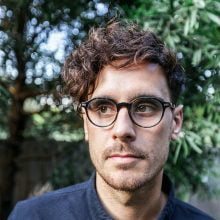 J.P. Pomare is an award-winning writer who has had work published in journals including Meanjin, Kill Your Darlings, Takahe and Mascara Literary Review. He has hosted the On Writing podcast since 2015 featuring bestselling authors from around the globe. His first novel, Call Me Evie, was critically acclaimed and won the Ngaio Marsh Award for Best First Novel. In The Clearing, Pomare's second novel was also a critically acclaimed bestseller. He was born in New Zealand and resides in Melbourne with his wife. 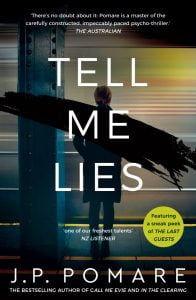 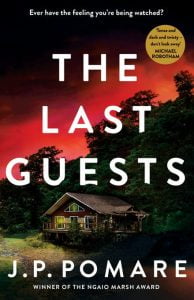 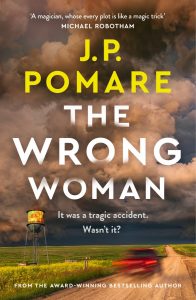